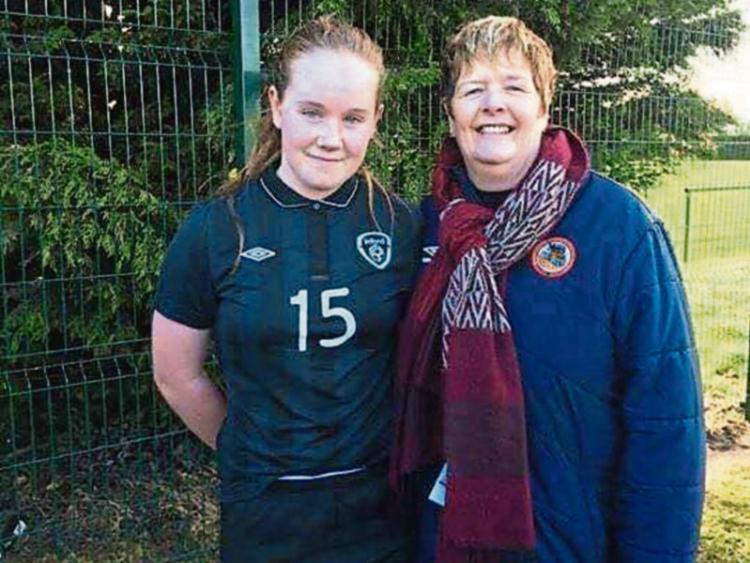 St Clare's Comprehensive School and Manor Rangers player Muireann Devaney made her Republic of Ireland debut on Sunday last when she was introduced as a half-time substitute in a U-15 schools challenge match against Northern Ireland.

With the Republic of Ireland preparing for the Bob Docherty Cup 11 changes were made for the second half with Muireann introduced for her international debut.

Muireann acquitted herself well during her 45 minutes on the pitch as she impressed in what was a comprehensive 7-1 win for the Republic.