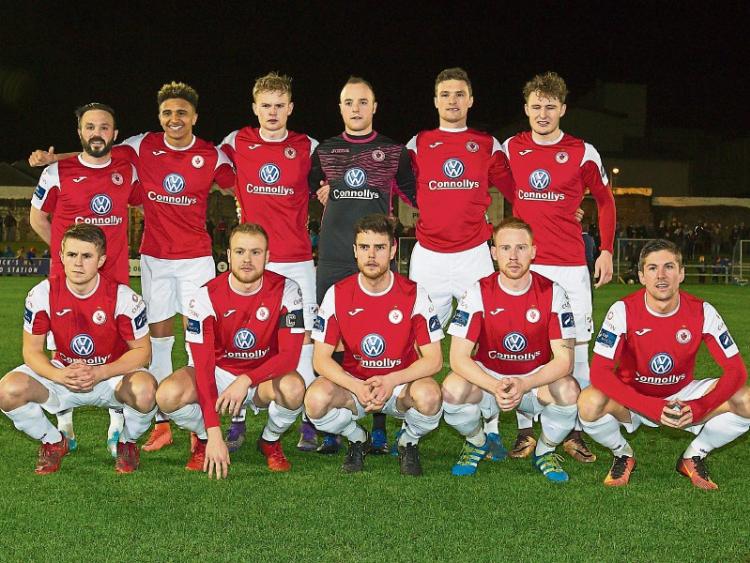 Sligo Rovers began their 2017 SSE Airtricty League campaign with a humiliating loss at the hands of newly promoted Limerick FC when they travelled to Market's Field last Friday.

Manager Dave Robertson spoke in the build-up to the game of his satisfaction with how pre-season preparations had gone for his side but within three minutes of the season getting underway it was clear those preparations are in need of fine tuning.

Former Rovers midfielder Lee Lynch saw his early shot saved by Micheal Schlingermann but the shot was not diverted away from goal sufficiently and the quickest to react was Ian Turner who forced the rebound home.

Midfielder Chris Kenny was the only new signing named in Robertson's starting line-up, slotting in beside Craig Roddan in a midfield that was over run in the opening half.

Raff Cretaro was selected to lead the line up front on his own and it proved to be a thankless task for the Tubbercurry native.

The hosts doubled their advantage when debutant Rodrigo Tossi scored in the 29th minute and Rovers' miserable evening was compounded when the Brazilian striker struck for his second goal nine minutes later.

Bit O'Red manager Dave Robertson made two changes for the second half with Mathew Stevens introduced for Chris Kenny while Kyle Callan-McFadden was brought on in place of Mick Leahy in an attempt to shore up the vulnerable defence.

The changes had the desired effect, for a brief period. The physical presence of Stevens asked questions of the Limerick defence and Raff Cretaro was very unlucky to see his goalbound shot blocked by Tommy Robson.

Rovers deservedly opened their account on the hour mark when Stevens reacted well to a spilled shot to force the ball from close range. Despite enjoying their share of possession Rovers were unable to reduce the deficit further and Limerick soon regained the upperhand.

Tossi completed his hat-trick in the 67th minute when he took full advantage of some slack defending as he ghosted between the centre-backs to dispatch his header past Schlingermann.

Such was Limerick's superiority Ian Turner was guilty of taking one of the most casual penalties of all times when he bizarrely chipped the ball into Schlingermann's arms.

However, Limerick were not yet finished and the rout was completed when Lee Lynch came back to haunt his former club with a wonderful lob from outside the box that sailed over the stranded Schlingermann.

Sligo Rovers will hope to put right the wrongs of last Friday when they host defending champions Dundalk on Saturday night.