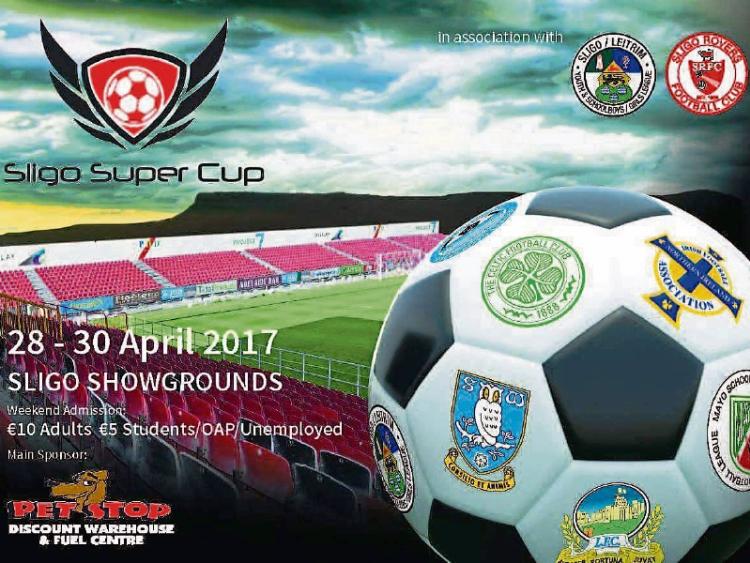 One of Sligo Rovers greatest ever managers, Willie McStay, will reflect on the historic treble-winning season at the Showgrounds and his distinguished football career in what promises to be an enthralling question and answer session in the Glasshouse Hotel, on Saturday night, April 29.

A genuine Celtic legend and a man with an indelible place in the history of Sligo Rovers, McStay will be guest of honour at the Sligo Super Cup taking place at the Showgrounds from April 28-30.

In “An Evening with Willie McStay”, the former Celtic player will chat with OceanFM Sports Editor, Darragh Cox, about his varied and successful career, from his playing days at Parkhead, to working with German international and TV pundit, Dietmar Hamman at Stockport County; his experiences as a manager in Hungary; and his historic period at the Showgrounds helm.

Sligo Rovers were a struggling club facing certain relegation from Ireland’s top table when McStay arrived at the Showgrounds in 1992. Within two years, he built one of the most exciting teams in the country as Rovers romped back to promotion at the first time of asking, winning the League of Ireland Shield in the process, and topping it off with a magnificent victory over Derry City in the 1994 FAI Cup Final at Lansdowne Road.

He went on to become youth team manager and later reserve team manager at Celtic, before going on to manage Ross County and Ujpest FC in Budapest. His playing career included nearly 70 appearances with Celtic, many alongside his legendary brother, Paul; as well as stints with Huddersfield Town, Notts County and Kilmarnock.

Organised by the Sligo Celtic Supporters Club, “An Evening with Willie McStay” promises to be a highly entertaining event. Admission is €5 and a raffle for Celtic memorabilia will take place on the night.