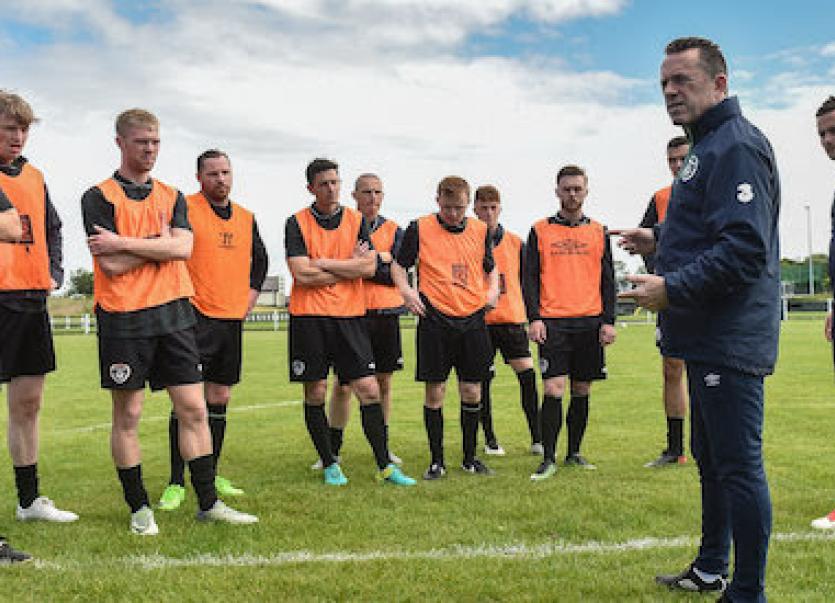 Gerry Davis's side will face into stifling conditions at Sarıyer Yusuf Ziya Öniş Stadyumu as temperatures have been over 30C degrees all week.

"We've had a good week and the conditions are an obvious challenge. It's still very hot every day. It was 37C degrees coming home from training today. That's hot even for Istanbul," said Davis.

"We've managed it quite well and put huge emphasis on hydration and recovery. The players have taken that information onboard and we feel that they are adapting well to the conditions.

"Playing in the heat creates a different challenge than a normal game for us. So game management will be vitally important. We've certainly impressed it upon the players. It's not a normal scenario."

"We've managed to get two videos from the Russian side's qualifying games. They came through a very tough group where three teams ended up on five points," said Davis.

"They are a well-organised outfit and dangerous from set-pieces. We'll be prepared for that. They're very attack-minded and maybe more direct than you'd expect from a continental team.

"We're more focused on how our players perform. It's a new experience for most of the game and we've been pleased with how the likes of David Stack, Chris Smith and the new faces have settled in. They've done really well in training. Everybody in the group has bought into what we're doing.

"There's good unity in the group and we'll be as prepared as possible. It's up to us to go out and perform now."

Live updates will be available here.