Winner will be announced today 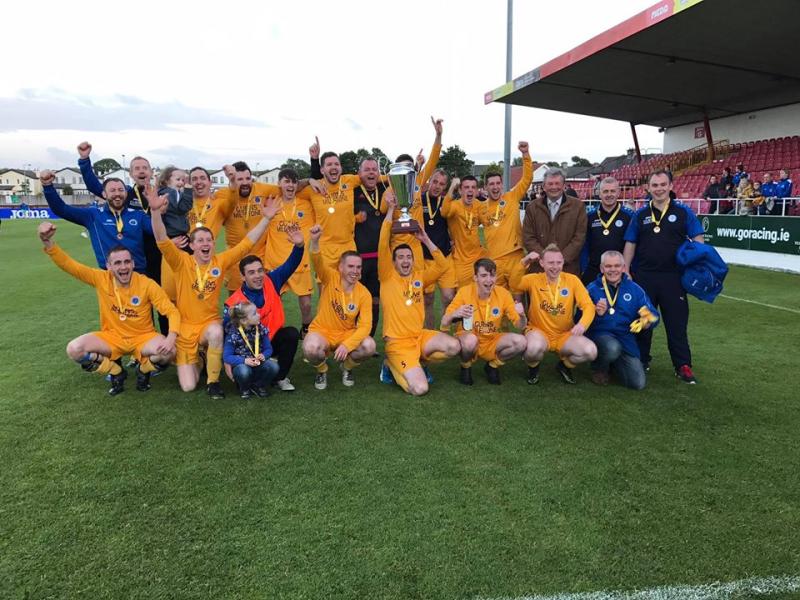 The Manor Rangers players and officials are pictured after they claimed victory in the inaugural North West Hospice Cup Final.

Since their formation in 1980 Manorhamilton Rangers have offered the young and sometimes not so young, in the community and further afield the opportunity to play competitive soccer but as their nomination for the FAI Club of the Year award suggests, they strive to be more than a sports team.

The work the club have been doing in the community, both on and off the pitch has resulted in them being shortlisted for the award of FAI Club of the Year. Incredibly, this is the second time in three years the north Leitrim club have been honoured by being included on the shortlist.

Alongside them in the final eight are Boyle Celtic, who captured the imagination of all when they took on all-comers and marched all the way to the semi-finals of the FAI Junior Cup.

At the heart of Manor Rangers is a community ethos that sees them work alongside various community organisations for the greater good of the locality. In recent times the club have worked closely with the National Learning Network, North West Hospice and STOP suicide with all three local groups benefiting from fundraising carried out by Manor Rangers. 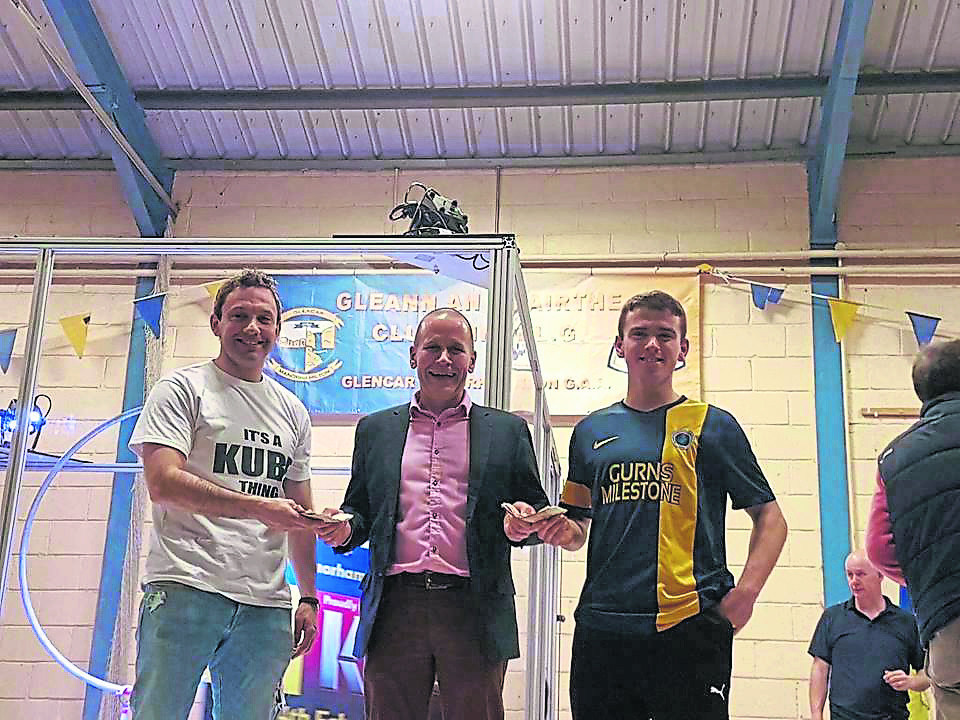 As well as Manorhamilton, Manor Rangers serve the greater north Leitrim area and beyond with players and members also travelling from Sligo, Fermanagh and Cavan to participate in the club’s various activities. The club caters for a total of 252 male members from U8 to senior and 74 female members from U10 to U16 with a large number of qualified coaches helping to develop all the talent.

The club's astro-turf facility has also proved to be a great addition to the local community as a big emphasis has been placed on social football and this has helped the local Polish and Portuguese communities integrate into the area.

As well as their sterling work off the pitch, there are many achievements on the pitch all at Manor Rangers can be very proud of. Last season the senior team won the inaugural North West Hospice Cup, the U15s won the Sligo/Leitrim league title, the U14 girls emerged triumphant in their shield final while the club was well represented at schools level and also at the recent Gaynor and Kennedy Cups. 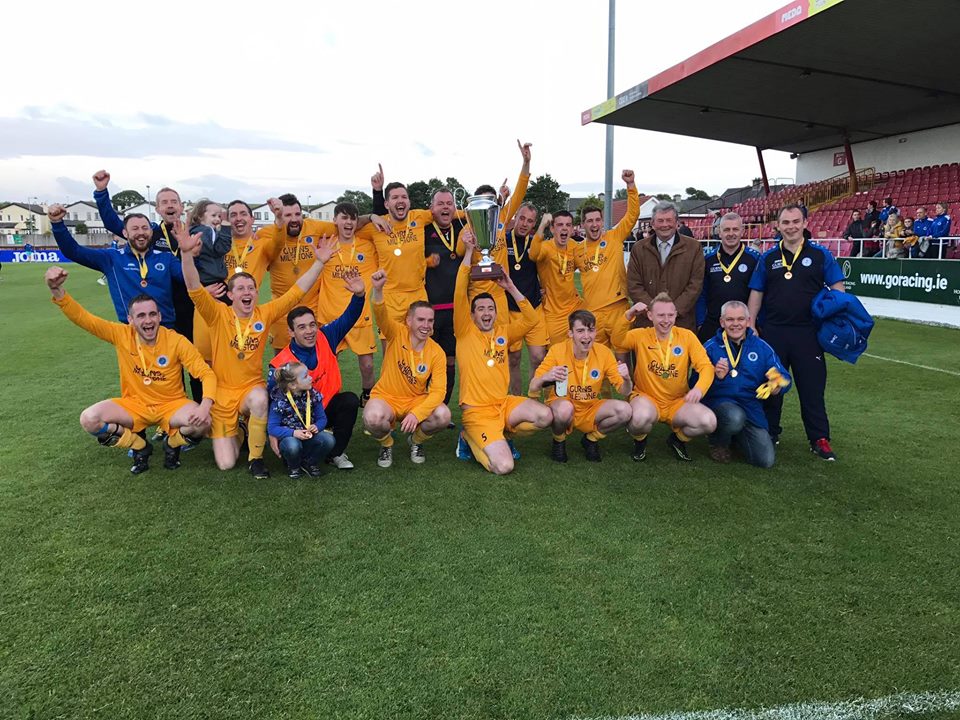 The St Clare’s Comprehensive School first year boy’s team that reached the All-Ireland final was backboned by players from the club which was managed by first team player Anthony McDonald and he was assisted on the sideline by a number of the club’s youth players.

The incredible drama produced in St Clare's final against Dublin Oak Academy was matched by the sporting gestures that took place as the game went to a dramatic penalty shoot-out. Both sides and their supporters were widely praised for the manner in which the game was played with it particularly noteworthy that all penalty takers were given the respect they deserved by their opponents.

The game was broadcast live on Facebook by Manor Rangers with the club winning many new fans among Dublin Oak Academy’s supporters, a large portion of whom hail from Mexico.

The Sligo/Leitrim U14 Kennedy Cup team featured Manor Rangers midfielder Peter Maguire. Having developed through the various age ranks there was a tinge of sadness when Peter played his last game for Manor at the end of last season but the club will be able to look on with pride as the next stage of his footballing development will see Peter represent Sligo Rovers in the inaugural national U15 league. 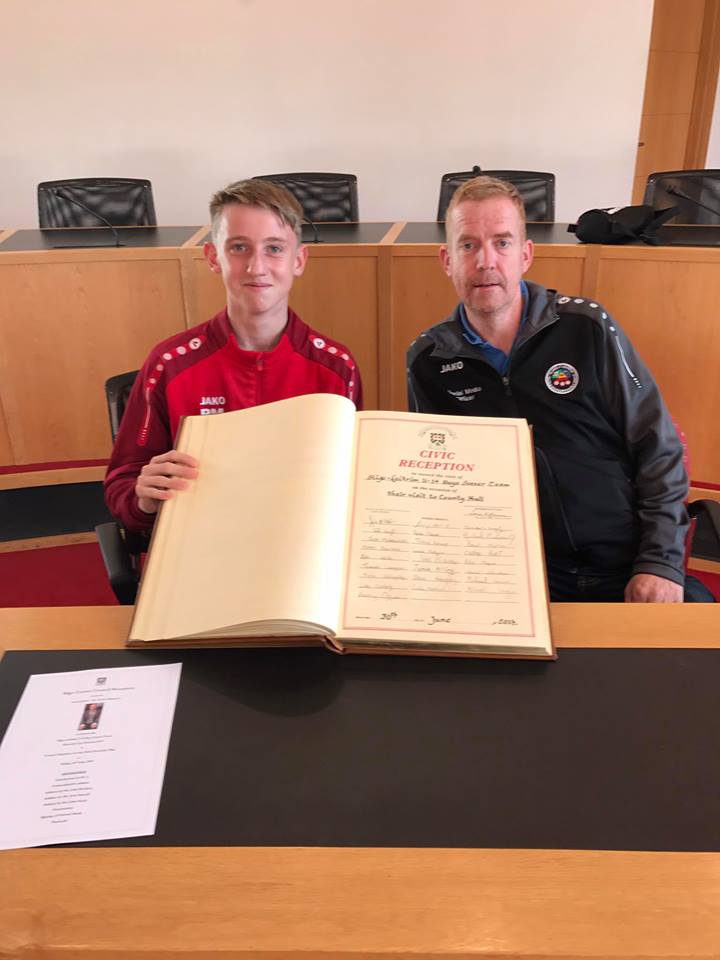 There has also been international recognition for Manor Rangers players this year with Muireann Devaney representing Ireland in the U15 Bob Docherty Cup while just last week Ailbhe Clancy was selected to represent Ireland in the World Student Games which will take place in Taiwan from August 19 to 30.

The club continue to look to the future and have ambitious plans in place for a clubhouse and further down the line floodlights for the Bee Park.

There will be an FAI Parent Coaches Workshop held in the Bee Park Community Centre for parents, coaches and players on Friday, August 4 at 8pm sharp. This is very important for any parents/guardians if you would like your child to play next season.

The winner of the FAI Club of the Year award will be announced today (Friday).

Touch of class from @LeitrimToday supporting our bid for @FAIreland Club of the year. Thanks guys⚽️⚽️ pic.twitter.com/Ou1EkGc4BI