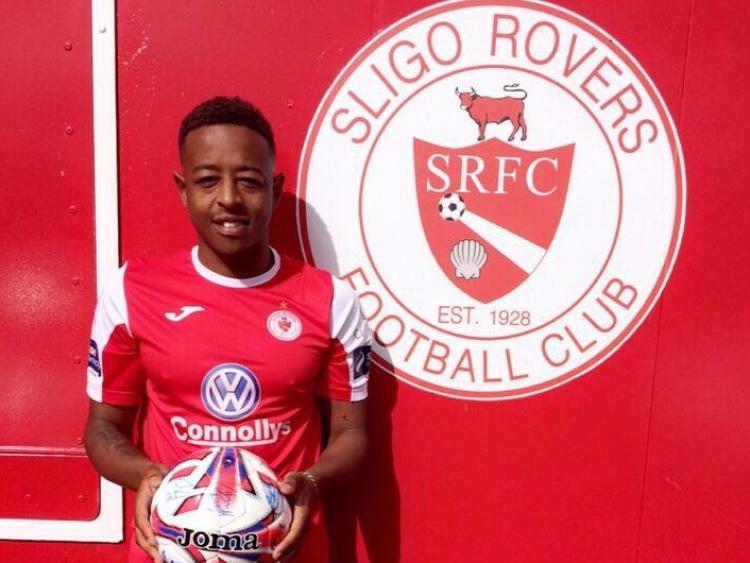 Sligo Rovers have announced the signing of winger Omar Haughton on a contract until the end of the season, subject to international clearance.

The 20-year-old plays on the left side and becomes the third signing by manager Gerard Lyttle after the capture of Seamus Sharkey and Benny Igiehon.

Lyttle said, “Omar has been with us the last 10 days. He has pace, a trick in him, he puts in a good cross and is overall a very capable player. He’s very keen to prove himself and play games.

“He’s looking for a break in the game and he’s a really good option for us. This is a fantastic opportunity for him and I think he knows that.

“I’ve been impressed with him in training and he’s really keen to prove himself, which is a trait we want in all the players we bring in.

“Omar needs some match fitness but he’ll get up to speed quickly and we’re looking forward to seeing him on the pitch.”

We've got a new winger in The Showgrounds who joins for the rest of the season. pic.twitter.com/sTjiptOGt3

Sligo Rovers have been heavily linked with Vinny Faherty and Paddy McCourt in recent days and Gerard Lyttle admits he is keen to add another signing to his squad should the right circumstances arise.

“We’re continuing to work hard on that. We’re preparing for the game on Saturday which is very important.

“All the while the club and I are working behind the scenes and we’ll see what develops.”

Sligo Rovers host defending league champions Dundalk tomorrow, Saturday (ko 7.45pm) at The Showgrounds as they look to move out of the relegation zone.