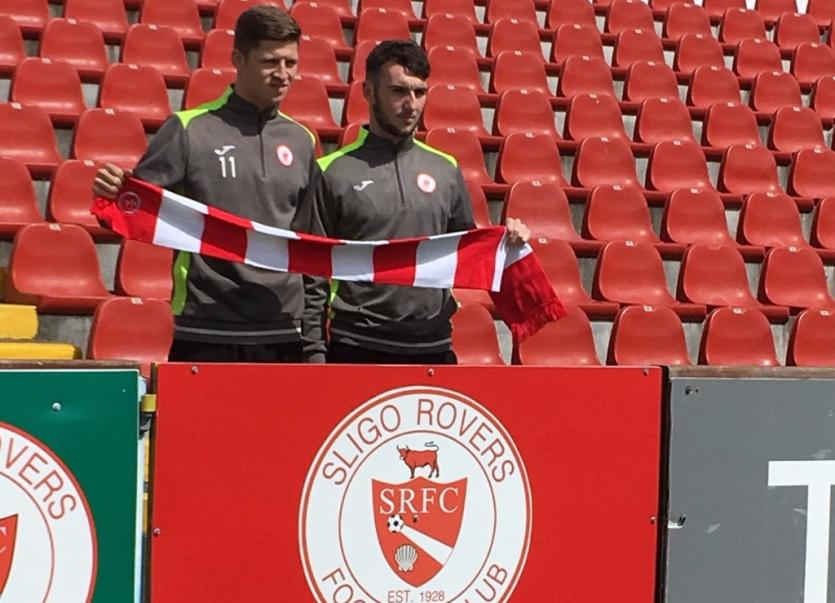 Sligo Rovers have strengthened their squad with the addition of three transfer deadline day signings.

The club's social media accounts were on the ball early this morning as they prepared fans for the new arrivals.

New gear, squad number and a look at the #bitored's history for our new striker. First signing of the day coming up at 12:30pm. pic.twitter.com/fQKs603E0I

The first signing was confirmed just before 1pm when it was announced that Greg Moorhouse had put pen to paper until the end of the season.

The 23 year old spent last season with Glenavon where he scored 16 goals in all competitions.

SIGNING: The #bitored are delighted to announce the signing of striker Greg Moorhouse. https://t.co/GUJrtSsyT2 pic.twitter.com/WKtdmZAbVI

The second signing of the day was announced as Jamie McDonagh, the 21 year old winger joing from Scottish side Greenock Morton. Speaking after his arrival McDonagh said, "I can't wait to see what the atmosphere is like at the stadium and be playing with all of the lads here. Hopefully I get some game time and put in a good performance. I want to help us get out of this relegation battle. I'm going to try my best for the club. I know the gaffer will be pushing us on in every game and giving us that extra motivation to keep us up.""

SIGNING: A second deal of the day as Jamie McDonagh joins the #bitored from Scottish side Morton. https://t.co/5DVFFuqiWX pic.twitter.com/vue2bGHiJ1

The third signing of the day is one that will be familiar to many League of Ireland supporters. Vinny Faherty arrives at the club having spent the first part of the season with Galway United. Faherty had three separate spells with Galway, two more with St Patrick’s Athletic, as well as single seasons with Dundalk and Limerick. He has also plied his trade in professional football in Australia.