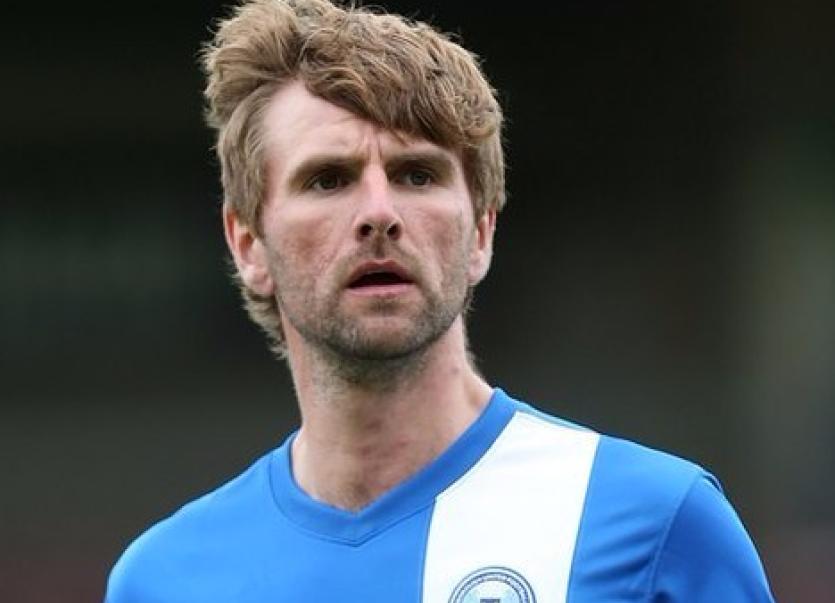 Former Northern Ireland and Glasgow Celtic midfielder Paddy McCourt, known for his ability to score sensational goals, was at his brilliant best for Finn Harps on Saturday night last in Ballybofey against Sligo Rovers but his heroics were not enough for the hosts as Rhys McCabe struck two minutes into injury time to ensure all three points for the Bit O'Red.

Without a league game since their shock 1-0 win over runaway league leaders Cork City in Turner's Cross on August 18, Sligo Rovers manager Gerard Lyttle had to plan without the suspended Mick Leahy, Craig Roddan, John Russell and Raffaele Cretaro and to make matters Micheal Schlingermann and Tobi Adebayo-Rowling were both ruled out with injuries shortly before kick-off.

The number of absentees and the lack of competitive action meant the visitors were sluggish as the game got underway but weathered the early storm well and took the lead in the 16th minute when Gary Boylan picked out Vinny Faherty and the summer signing found the net with an excellent header.

Rovers were to dominate the remainder of the opening half but were unable to extend their lead meaning the 500 or so visiting supporters were in for a nervous second half.

A restructuring of the mifield after the break as a result of an injury to Greg Moorhouse saw Sligo Rovers sit further and further back as they sought to hold on to their slender advantage.

With eight minutes remaining Finn Harps' pressure was rewarded in style. While questions may be raised about the Rovers defending, McCourt's balance, close control and delicate finish deserve great credit.

The 33 year old McCourt seemed to have struck a significant blow to Rovers' survival chances and at the same time significantly boosted Harps' chances of survival.

With the game entering injury time Harps threatened to score a second goal as they pushed men forward for a corner. However, the set piece was dealt with comfortably by the defence and Rovers then launched a devastating counter-attack.

Vinny Faherty's deft touch released Rhys McCabe who raced clear towards the Finn Harps before shooting low and hard, from outside the box past Harps goalkeeper Ciaran Gallagher.

The significane of the win was not lost on the Sligo Rovers players or supporters as the three points lifts them out of the relegation zone and into eight place, one point behind Limerick. However, with five games remaining Sligo Rovers remain far from safe as they are just a point clear of both St Patrick's Athletic and Finn Harps and two points clear of Galway United. Next up for Sligo Rovers is an away visit to Galway on Friday night.