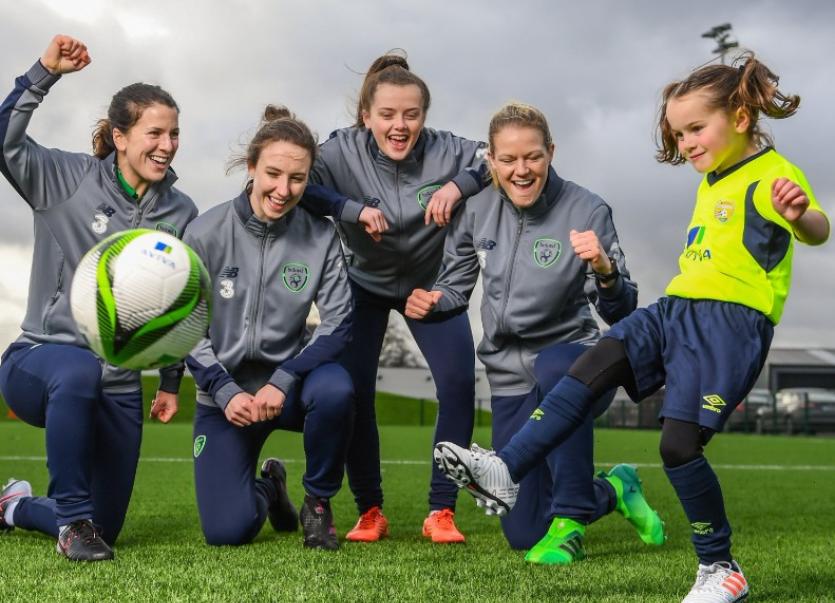 The Football Association of Ireland and Aviva have announced the return of the Soccer Sister Camps, which that will take place all over the country during the Easter school holidays.

Aviva is calling on girls between the ages of 6 and 14 years old to sign up and get involved.

Now in its 12th year, the initiative, which is designed to give girls the opportunity to develop their skills, have fun, meet new people and stay active, has proved to be hugely popular with record participation numbers hit last year.

With 140 camps taking place nationwide this year - increased from 125 camps in 2017 - the hope is to provide more girls with a platform to get involved with the beautiful game. The camps will run for two full days during the Easter school break and are open to girls of all abilities and levels of technique.

The participants will enjoy an action-packed two days overseen by Garda-vetted and experienced coaches. Each participant will receive a full Aviva FAI Soccer Sisters kit, which includes a limited edition jersey and a football. At the end of the camp, each girl will be presented with an official Aviva FAI Soccer Sisters certificate signed by a Republic of Ireland Women’s National Team player and Sue Ronan, FAI’s Head of Women’s Football.

To register for the Aviva FAI Soccer Sisters Easter camps go to www.soccersisters.ie.