Manor Rangers aim for U15 Cup glory in Bohs clash 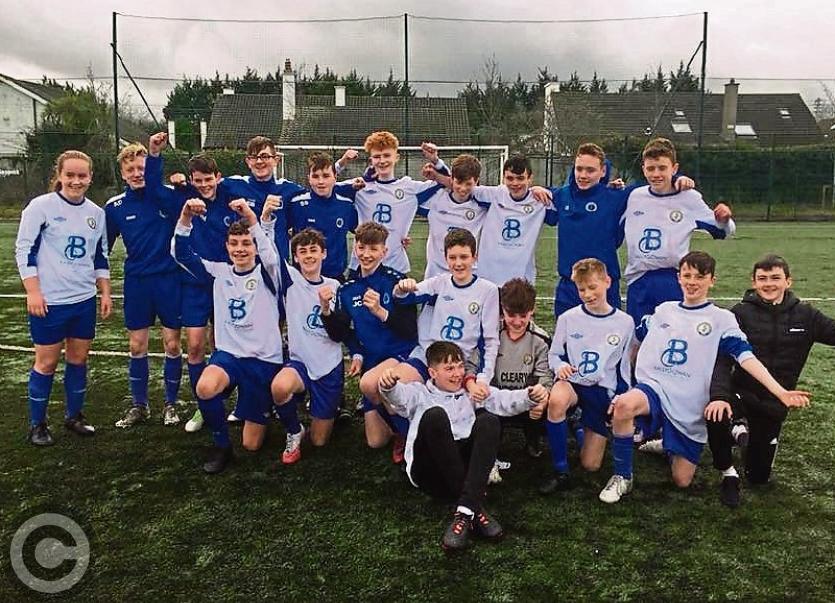 So often the flagbearers for Leitrim soccer, Manor Rangers aim to create more history next Saturday when they take on Dublin giants Bohemians in the Skechers FAI U16 Cup.

The north Leitrim take on the Dublin giants in the last 16 of the Skechers FAI Cup with the Sligo Leitrim fixtures stating that the game has been fixed for the astro-turf pitch at IT Sligo, with a 2.30 pm kickoff.

Goals from Eanna Clancy and Patrick Montgomery saw them through a testing clash with a highly fancied Cabinteely 2-1. Bohs will be red hot favourites for the clash but so too were Cabinteely and a Manor Rangers team full of talent are more than capable of another shock result.

Many of Manor's players will have no fear of this stage, having played such a vital role in St. Clare's CS's march to the All-Ireland Schools Final last year and it would take a brave man to bet against them.

Manor Rangers will provide the ballboys and half-time mini-players for Sligo Rover's SSE Airtricity League opener next Saturday evening against newly promoted Limerick in the Showgrounds.

Manor Rangers had a frustrating outing against Valley Rovers, going down 2-1 despite dominating the game for long spells. In a very open game with lots of chances, Michael O’Brien made three excellent saves during the match.

Playing in torrential rain last Saturday, Manor Rangers U14 Girls suffered a 2-0 defeat to Yeats Utd. A stubborn Manor Rangers team made Yeats work very hard for their victory with the Manor defence superb throughout.

An increasingly frustrated Yeats only broke the deadlock in the second half, much to their relief and the Manor girls can take huge pride from the performance.