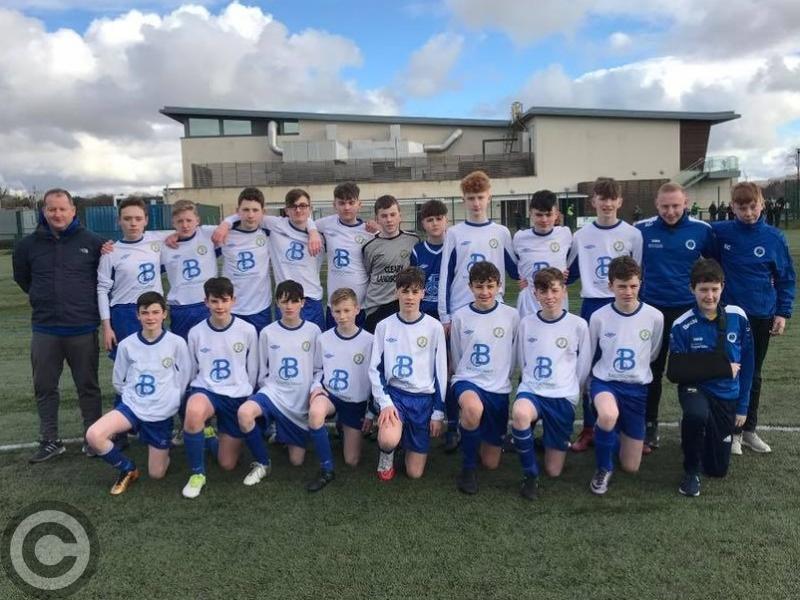 The Manor Rangers team who were defeated by Bohemians

The young footballers of Manor Rangers suffered extra-time heartbreak when Dublin’s Bohemians pipped them 2-1 after extra-time in the Skechers FAI U15 CUp.

Playing at IT Sligo, an impressive Manor Rangers took the lead after six minutes with Patrick Montgomery finishing a Diarmuid Giblin pass but unfortunately for the Leitrim standard bearers, Bohs equalised late on in the second half.

Neither team could find a winner in normal time so the last 16 clash went went to extra time and luck was certainly not with Manor Rangers when Diarmuid Giblin was fouled in the box only for the Bohs keeper to make a great save from the spotkick.

Bohs broke on the counter attack and took the lead which they held to the end with the Bohs manager highly impressed by the quality of the north Leitrim side.