Manorhamilton school defeated Kinvara to reach Final against Coola VS 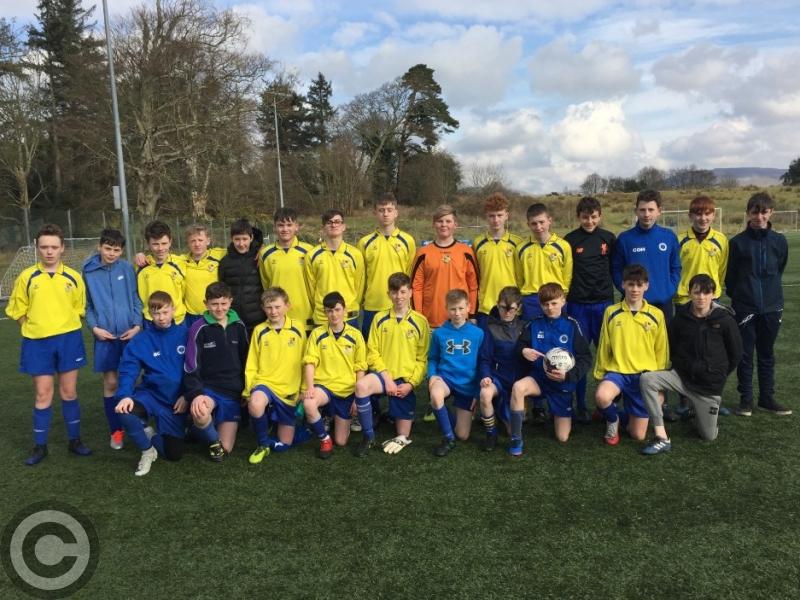 St. Clare's CS Manorhamilton are chasing Connacht glory next Tuesday March 20, when they take on Coola VS in the Bank of Ireland Connacht U15 Boys Cup.

St. Clares travelled to Mervue in Galway on Thursday March 15, to contest the semi final against Seamount Kinvara from Galway, a repeat of the 1st Year Connacht final last year.

The first half was a close contest which St. Clares just edged out. Stephen Burke hit the woodwork from a corner early on with St. Clares applying a bit of early pressure.

The deadlock was broken from the penalty spot with Eanna Clancy calmly slotting a penalty into the bottom corner. The St. Clare's defense had to absorb some pressure late in the first half but their defense held strong to go in 1-0 at half time.

The second half was an even contest for the first 20 minutes with both teams having spells of pressure. St. Clare's finished the second half strong and a great run by Diarmuid Giblin nearly set up Patrick Montgomery, with the pass narrowly missing its target.

After a run down the wing Montgomery cut inside and floated the ball into the far corner to give St. Clare's a 2-0 lead.

St. Clare's scored two late goals with Diarmuid Giblin spinning his man and finishing into the bottom corner. The final goal of the game came from a set piece with Eanna Clancy laying the ball to Peter Maguire who smashed the ball into the roof of the net. The game finished 4-0 to St. Clares.

The Connaught final will now be contested on Tuesday the 20th of March against Coola at 12.30 in the Sligo Rovers Astro pitch in a local derby.