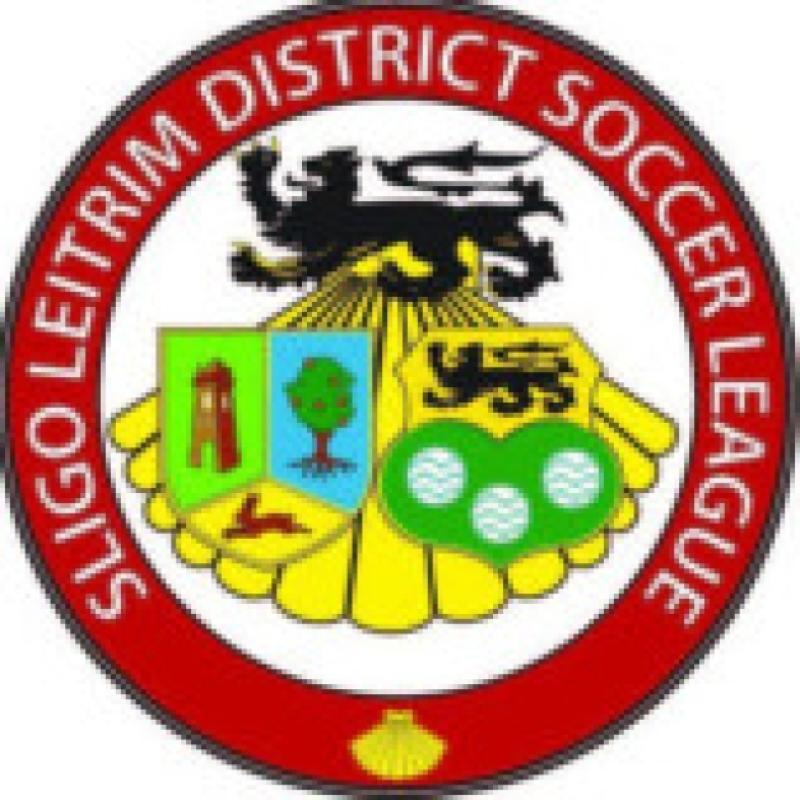 Manor Rangers journeyed to Ballisodare for a first round clash with Ballisodare and it was the home side who emerged victorious by the odd in three in what was by all accounts a cracker of a game.

Both sides were evenly locked in battle till two minutes from half time when Ballisodare were awarded a penalty. Darragh Healy stepped up to take the spot kick which he dispatched with aplomb to fire Ballisodare ahead.

Early in the second half and it was two nil to Ballisodare when Andrew Patton netted. Manor Rangers never gave up and were rewarded 20 minutes from time with a superb goal from Shane Walsh that opened up the game.

Manor kept hunting for an equaliser but Ballisodare remained rock solid in defence to gain a quarter final spot away to Arrow Harps.

Aughanagh Celtic welcomed Strand Celtic to Ballinafad for their Quarter Final clash in the Glasshouse Hotel Cup and what a game it proved to be.

Lee Marshall and Mark McCallion gave Strand Celtic a two-goal lead and Aughanagh looked dead and buried. But the fighting spirit of the Aughanagh Boys shone through with Thomas Cryan and Dermot Beggan each scoring a goal apiece that brought the game into extra time and eventually the dreaded penalty shootout.

But this proved even more exciting then the game with the sides taking 12 penalties each and hero of the day was Strand Celtic keeper Cian Basquille who saved five penalties’ and scored one that eventually saw Strand Celtic earn a Semi-Final place at home to Ballymote Celtic.

Calry Bohs journeyed to Brother Walfrid for their clash with Ballymote Celtic in the Quarter Finals. Jack Hever opened the scoring on ten minutes for Ballymote Celtic with Paul Logan levelling for Calry Bohs on 30 minutes to leave the sides level at the break.

Sixteen minutes into the second half, Mark Irwin pushed Ballymote Celtic into the lead and ten minutes from time, Colm Duffy made it safe with a third goal for the home side. Calry Bohs continued to battle and were rewarded when Conor Griffin netted at the death but it was Ballymote who advanced with a fine victory.

The Frank Kennedy Memorial Cup threw up some massive encounters, none bigger then the clash of MCR at home to arch rivals Merville United.

Adam Devaney fired Merville ahead after ten minutes and five minutes before halftime Gary McCartney drew MCR level with a fine effort. Both sides played an open attacking game and it was MCR who went ahead five minutes from full time when once again McCartney fired home a great goal.

Three minutes later and it looked all over when Ciaran Harvey hit the back of the onion bag and MCR were coasting. However someone forgot to tell Merville when on 90 minutes Ryan McManus threw Merville a lifeline and two minutes later David Martyn erupted to crash home the equaliser for a jubilant Merville.

Extra time could not separate this two great sides and eventually it took once again the dreaded shoot out that seen Merville emerge winners and will play Real Tubber at home in the quarter finals.

Cliffoney Celtic won by the odd goal in three away to Coolaney United. Ciaran Mac Murray on target for Coolaney with Cliffoney replying with a goal each from Diarmuid Gallagher and Bartley Clancy. This win earning Cliffoney Celtic a mouth watering clash at home to Glenview Stars in the Quarter finals.

The biggest Cup shock had to be Benbulben dispatching Cartron United in their quarter final encounter the only goal of the game a daisy cutter from Donal Gallagher from all of 30 yards that stunned Cartron and fired Benbulben into the Semi Finals where they will be away to either Merville or Real Tubber in the semi finals.

Chaffpool United are also at home in their semi final as they await the winners of Cliffoney Celtic and Glenview Stars. The Pool at home with a full side are a test for any side and awaiting the victors a Spot in the Final.

In the Sligo Southern Hotel Super League, Arrow Harps welcome neighbours Ballygawley Celtic to Riverstown for their back to back games. It was a case of Déjà vu for Ballygawley with Arrow Harps opening their account on ten minutes courtesy of Seamus Hailstones and it was two nil five minutes later when John Paul Henry rattled home the second for Harps.

The second half was three minutes old when Liam Touhy fired home the third for a now rampaging Arrow Harps.

Ballygawley never gave up the fight and were rewarded with a fine goal from James Mackey on fifty-five minutes. Arrow Harps responded in positive fashion with Seamus Hailstones restoring order when he notched his second goal of the game .

The best was saved till last when Karl McKenna struck a volley from 45 yards that rocketed into the back of the net and effectively wrapped up the game and the bragging rights for the Riverstown Boys.

Carbury FC continue their amazing season after winning by two goals to nil away to Castlebar Celtic in the Semi Final of the TP Brennan Connacht Cup played at Celtic Park Castlebar.

The sides were level at half time with Christopher Kelly firing Carbury ahead and Ibrahim Savage putting the Cherry on the Cake to give Carbury a place in the T P Brennan Connacht Cup Final where they will play either St Peters of Roscommon or Mervue United of Galway. Congratulations to all at Carbury what a great result.

Real Tubber just failed to make it a double bill going down by three goals to one away to Kilkerrin United.