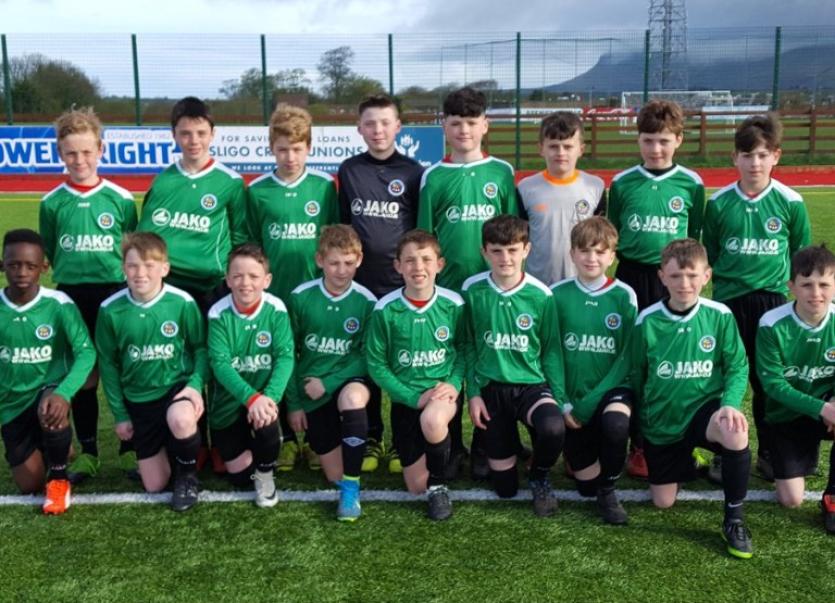 Brian is part of the Sligo/Leitrim squad who will square up to emerging young teams from Derby County and Sheffield Wednesday in the prestigious Sligo Super Cup at Sligo Showgrounds.

Derby will be their first opponents in an 8.30 kick-off on Friday night, while they face both Sheffield Wednesday and Glenavon from Belfast during a hectic Saturday schedule.

Other teams participating in the under-12 tournament include Dublin & District Schoolboys League, Ipswich Town, Chesterfield FC and the Mayo League.

With four teams in each of two qualifying groups, the programme includes sixteen matches across three action-packed days, starting on Friday evening. There will be four games on Friday, eight on Saturday with the four placings play-offs on Sunday morning. The grand final is timed for 11 am on Sunday.

Other stand-out ties on Saturday in a highly competitive programme include the high profile match-up of Derby and Sheffield Wednesday at 2 p.m., followed by DDSL against Ipswich Town at 3.30pm, both on the main pitch.

As well as showcasing Sligo’s state-of- the art soccer facilities, the tournament is also proving to be a shop window for the town generally. Derby have confirmed they will be bringing a group of 70 supporters for the weekend, while bookings from Dublin and Belfast are also quite heavy.

It’s estimated at least 300 visitors will be in Sligo town especially for the tournament.

All of the participating players and their coaches will be guests of Sligo Rovers at the Airtricity League game against Bohemians at the Showgrounds on Saturday night, where they will be introduced on
the pitch at half time.

Weekend tickets are priced at €10 and €5 concessions.