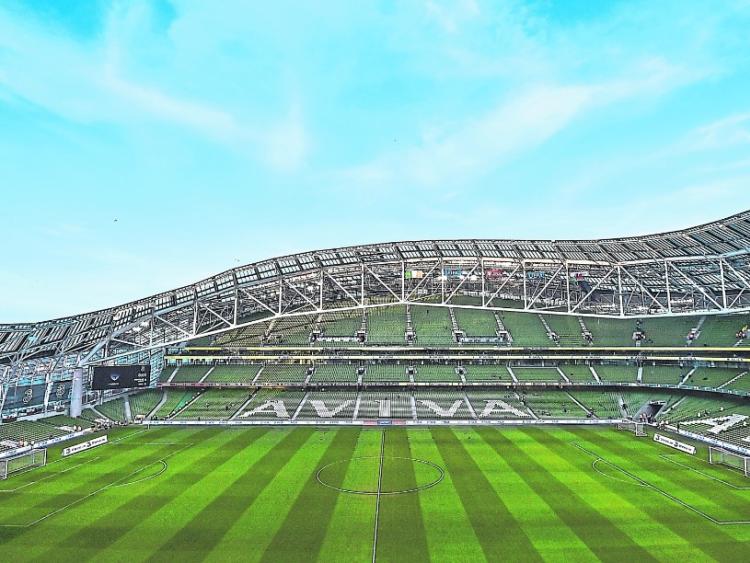 Dearbhaile Beirne and her Peamount United team mates have one eye on the Aviva Stadium as they prepare to face Dublin rivals Shelbourne Ladies in the Continental Tyres FAI Women's Cup semi-finals.

Peamount make the short trip to Tolka Park tomorrow, Wednesday, October 17, with kick-off at 7.30pm as both sides fight it out for an Aviva Stadium spot on Sunday, November 4.

The two sides have faced each other three times in the Continental Tyres Women's National League with both sides victorious in one game each, with the third finishing as a draw.

Peamount come into the tie on the back of an impressive 10-1 victory over Limerick WFC and manager James O'Callaghan says the players are firmly focused on the semi-final.

"We've got a couple of injuries in Claire Walsh and Niamh Reid-Burke, but we're looking good and ready to go for what should be a great game," O'Callaghan said.

"It was a good performance against Limerick, the girls worked really hard throughout the game and now, all they can think about is playing tomorrow night against Shelbourne.

"We're going to train tonight for it again. It is a huge game as we're fighting to get to the Aviva Stadium which would be massive for the players and the club.

"It'll be two good sides going up against each other at Tolka Park so hopefully we get a good crowd out for it."

Shelbourne also come into the game on the back of a victory having secured a 1-0 win over UCD Waves at the weekend to maintain second spot in the Women's National League.

Despite the departure of star striker Leanne Kiernan to West Ham United during the season, Shelbourne have maintained their fantastic form and O'Callaghan is all too wary of their threats.

"Shelbourne have had a great season, you wouldn't even realise that Leanne Kiernan left as they've kept their form up and they're doing really well in the league," O'Callaghan commented.

"The likes of Jessica Ziu and Emily Whelan are coming in there now so it'll be a tough game. They've also got great experience in the team so we know what we're coming up against. They beat us 3-0 last time out so we'll be looking for revenge.

"It was important we won the League Cup because Peamount hadn't won anything for five years and I think people forget that sometimes.

"It was great to get that trophy and I'm sure the players want more success. It is a great opportunity to reach another final and the players deserve it for all of the hard work they put in throughout a season."

Congratulations to Peas @FAI_WNL Player Dearbhille Beirne who made her senior international debut on Tues against Poland @@FAIreland @mickoshea100 pic.twitter.com/IKsnSdUCuL