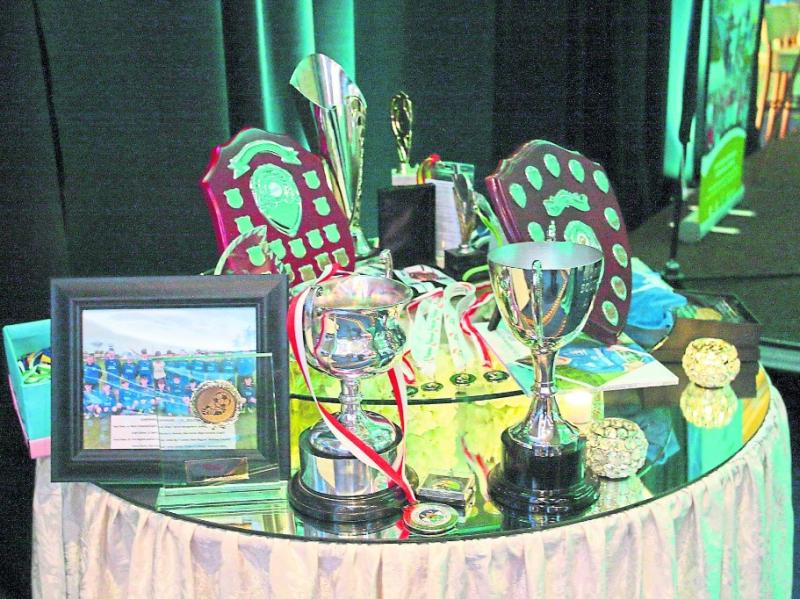 It has become one of the highlights of the Leitrim sporting year and last Saturday night that tradition was carried on as the county's sporting stars were honoured and recognised at the annual Leitrim Sports Partnership Sports Star Awards.

Whether the achievements were local, national or international the packed function room in the Lough Rynn Hotel was the scene for an entertaining night where our local sports stars were recognised by their own.

Such a delight to present at the annual Leitrim sports star awards - huge congrats to the category nominees and winners - the power of sport & friendship won outright. Congrats to Leitrim sports partnership on their commitment to sport for all. pic.twitter.com/okV8qgJshq

Many of the achievements that were recognised and honoured may not have been known of on a large scale as the vast majority of athletes and those involved in every type of sport do it, ultimately, for their own personal satisfaction.

Leitrim Sports Teacher of the Year ⁦@EdelMccartin⁩. Gongrats missus. Sorry I couldn’t be there. pic.twitter.com/UKqbkN4J0P

The hall of fame inductee, Micky Martin was an incredibly popular choice. As with other greats of the sporting world, if you cannot recall seeing them in action, the stories of their heroics bring their achievements to life. Spend just a brief period of time with any long suffering Leitrim supporter and ask them how good Micky was and ready yourself for some incredible anecdotes that are always told with fondness. The fact that some put him in the same bracket as the legendary Packie McGarty only begins to tell the story of just how good the Carrick-on-Shannon man was.

As well as honouring those from days of old, it was also an opportunity to recognise so many of those who have had an incredible year. While not everybody could go home with an award under their arm, being nominated was for many a significant achievement in itself. It was an opportunity for people from all sporting disciplines to come together, share stories and congratulate one another on their heroics over the past 12 months.

While there is always the hope and desire for more success, that is human nature, there was plenty to get excited about from a Leitrim point of view in 2019. Two trips to Croke Park, with the hurlers going one better than the footballers as they triumphed on a day to remember.

The local ladies, Toni McGlynn, Eileen and Heather Maxwell who swam the entire length of the River Shannon raising funds for charity along the way were honoured with the Special Achievement Award.

The club player can often find it difficult to stand out when it comes to individual awards but Colm Moreton bucked that trend when he was honoured for an exceptional year, spanning two codes. He was hugely influential in guiding the Leitrim hurlers to victory in the Lory Meagher Cup and later in the year turned his attention to the bigger ball with just as positive an impact as he helped guide Leitrim Gaels to victory in the Intermediate Championship.

A great honour to be named sportsperson of the year at the 2019 Leitrim Sports Awards. Always special to be acknowledged at home and thanks to @Leitrimsport for putting on such an enjoyable event. https://t.co/lBuc7Z7T6q pic.twitter.com/qXRATMLZzz

There was also international recognition on the soccer pitch for Niall Morahan and Muireann Devaney while once again Carrick-on-Shannon hurdler Gerard O'Donnell scooped the evening's big prize when he was named as Leitrim's Sports Star of the Year. His exploits on the track year in, year out are a testament to the constant work and commitment needed to operate at elite level in any sport.

The unsung hero award is an opportunity to cast an eye on those who may be operating slightly below the radar but whose achievements are every bit as inspirational. On Saturday night there were two recipients of the Unsung Hero award and it would be difficult to think of two more worthy winners.

Congrats to 1st yr student Francis Flynn who received the unsung hero award at the Leitrim Sports Star Awards at the weekend. pic.twitter.com/fmCT0WkUQA

The other winner in that category was Aughnasheelin's Francis Flynn who has made light of the physical challenges put in his path and he was arguably the night's most popular winner. A winner that summed up the value of the Leitrim Sports Awards showing that everyone has their own races to win and battles to overcome.

Well done to all the winners and nominees.