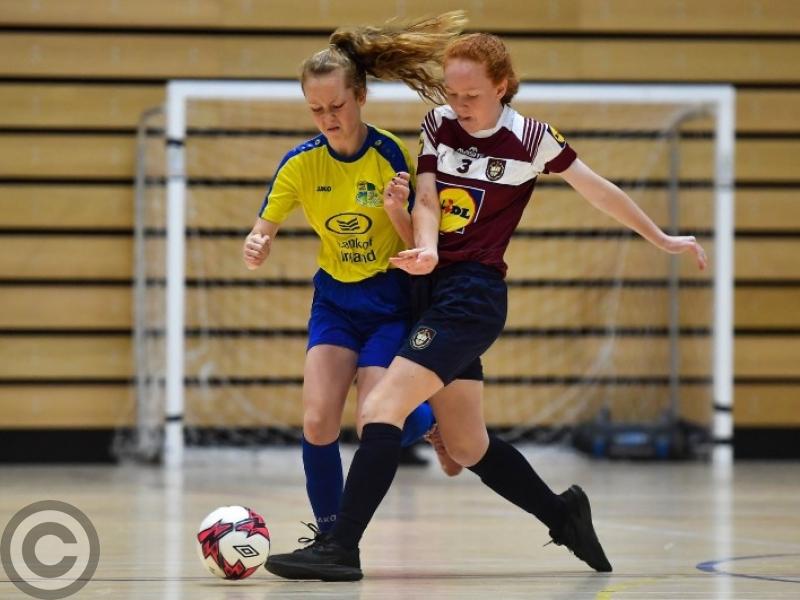 Action from the Futsal Finals in Waterford IT Sports Arena today

The Connacht champions, who were undefeated at provincial level and only conceded one goal on their way to becoming the first Leitrim school to be crowned Connacht Champions, met eventual winners Presentation Thurles in the first round on Thursday, going down to a 4-1 defeat.

Niamh Gallagher's side recovered in the second round to see off the challenge of Scoil Mhuire SS Buncrana in a high scoring encounter, winning the game 5-3, to keep their hopes alive. With Presentation Thurles defeating Presentation Wexford 1-0 in their second round game, the Leitrim team needed a win over the Leinster champions to finish second.

Unfortunately, the Wexford school prevailed on a 2-0 scoreline while Presentation Thurles ensured they would not be caught with a 2-0 victory over Buncrana. However, it did leave St Clare's in the bronze medal position after an historic campaign. 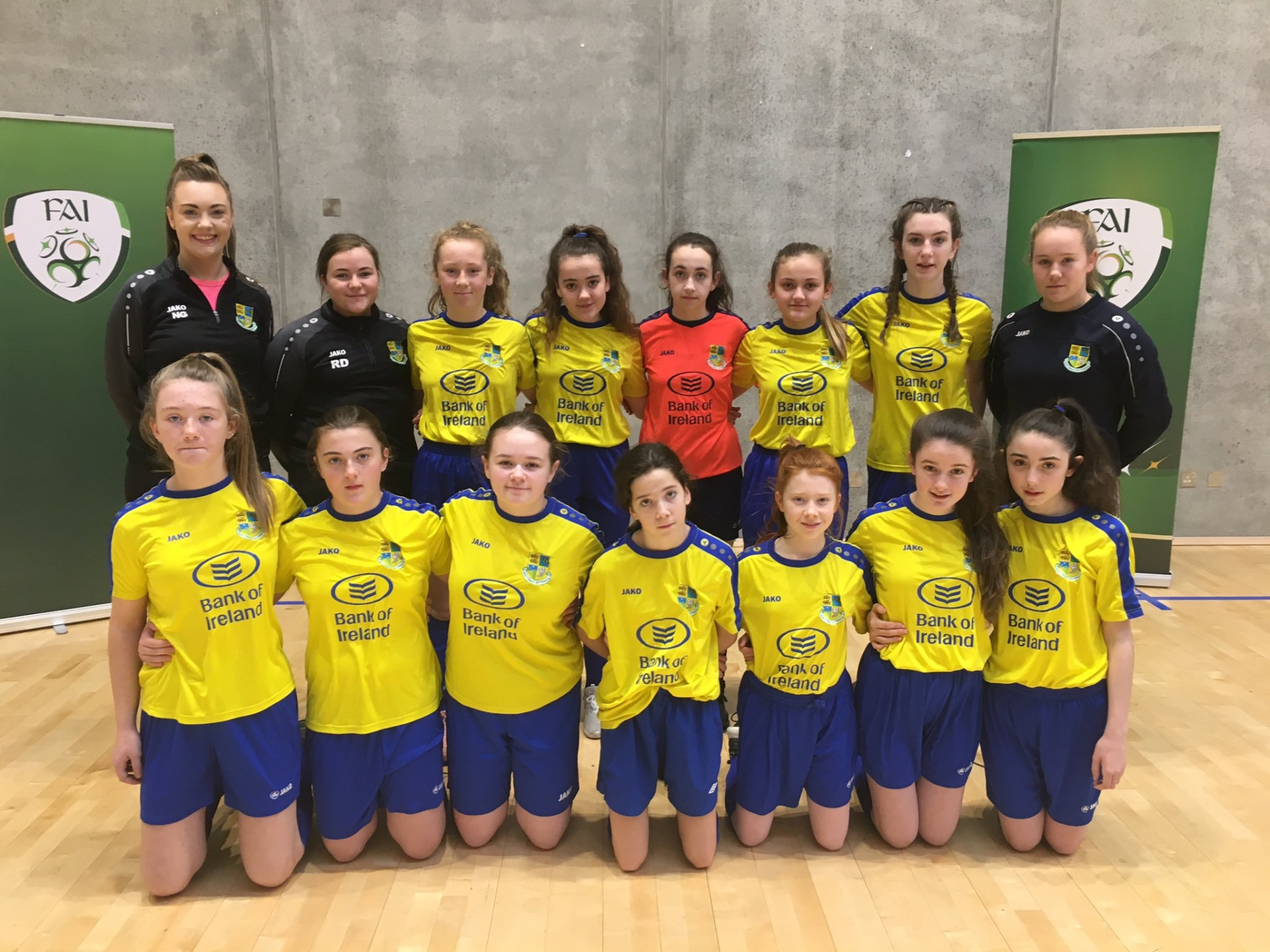