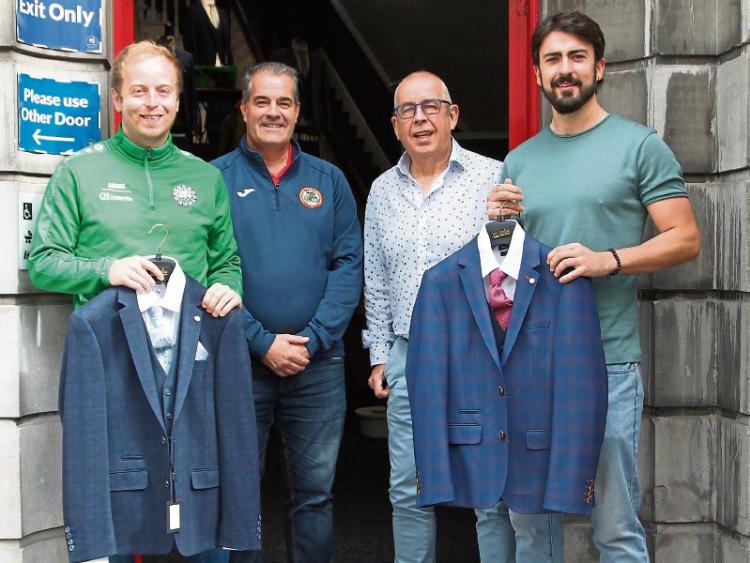 Local soccer kicks off after an all too short break next weekend with a trio of Leitrim teams looking for glory in the Sligo Leitrim & District Leagues.

Manorhamilton Rangers will be hoping to go one better in the Sligo Southern Hotel Super League when they start their season against Strand Celtic at home in Bee Park next Sunday, September 13 (11 am throw-in).

After finishing second to Carbury FC in the race for the title last season, the Glasshouse Hotel Cup winners will be determined to go one better in a busy opening to the season that will see them play four games before the first weekend of October.

However, Manor’s hopes for a successful title charge in the 2020/2021 season could come under pressure with Glencar/Manorhamilton contesting next Sunday’s Leitrim GAA Senior Semi-Final against St Mary’s.

With Thomas, Brian & Anthony McDonald and Aaron Hickey key members of both squads, the absence of this quartet could leave them chasing the likes of Carbury and Cartron United before the season really gets going.

In the Sligo Pallets First Division, two Leitrim teams will be in action with Carrick Town taking on Gurteen Celtic away from home next Sunday while new boys Dromahair host Coolaney United at the Dromahair Recreational Park (2pm kickoff).

Carrick Town will be looking to improve on their mid-table finish last season while Dromahair will look to build on the rich soccer tradition in the area, following in the footsteps of Innisfree Celtic in years gone by.

It will be a tough campaign for them but with a lot of youngsters playing with Manor Rangers over the years, there should be a ready supply of quality football in their catchment area.

A number of teams were already in action in the Sligo Leitrim Youth Leagues last weekend at U12, 14 and 16 level. Manorhamilton Rangers opened their U12 season with a 5-3 win over Calry Bohs in Group A while their U14 team suffered a 2-1 reverse to St John’s in their group A encounter.

However, the north Leitrim side did have a 4-2 win over Boyle Celtic in Group C of the U14 competition on the opening weekend of action.

Sligo Leitrim Ladies teams had a successful weekend with the U15 team defeating Donegal 3-0 and the U13 team prevailing 4-3 against the same opposition.

Carrick Town team’s were unfortunately ruled out of action last weekend after a member of the club had come into contact with a confirmed case of Covid-19.

The Club suspended all activities for the weekend but were able to announce on Monday evening that they could resume all activities, including matches, with immediate effect.