Bit O'Red third in the table, on goal difference ahead of Bohs clash on Tuesday evening 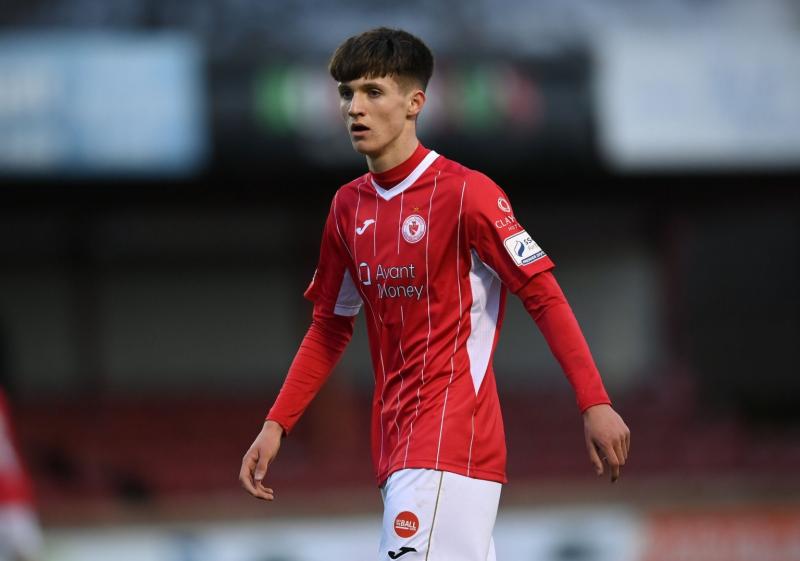 Sligo Rovers continued their superb start to the SSE Aitricity League Premier Division last Saturday when a goal from 17-year-old substitute Johnny Kenny proved the difference in the north west derby against Finn Harps in the Showgrounds.

The victory leaves Sligo level on 11 points at the top of the table with defending champions Shamrock Rovers and St Patrick's Athletic, separated only by a solitary goal in the goal difference charts with Finn Harps now in fourth on ten points, the loss to the Bit O'Red their first defeat of the season.

Youngster Kenny, whose father Johnny Senior played for both Sligo and Harps, grabbed the headlines when he capitalised on a bad mistake by Finn Harps goalkeeper Mark Anthony McGinley early in the second half to bag what turned out to be the winner.

Sligo, recording their first win at home after two previous draws in The Showgrounds, were good value for their win, having clearly had the better of the chances in the second half. Not unexpectedly, there was little between the sides in a closely fought first half but it was far from being a north-west derby classic.

The Bit O'Red go into Tuesday evening's clash with Bohemians in fine spirits according to manager Liam Buckley: "We have ambitions but Bohs have a good squad and they showed that last year. They’ll be looking for a top-four spot again  but there are six or seven teams looking to do that."

Sligo made one change for Saturday's game from the side who drew champions Shamrock Rovers, New Zealand international Ryan De Vries in for teenager Kenny as Leitrim Village's Niall Morahan again started for the home side.

Early on Walter Figueira forced Karl O’Sullivan into giving away a free that yielded the Harps man a yellow card but there was precious little goalmouth action in the opening quarter, although Jordan Gibson emerged as a threat on the opposite wing, forcing his way on two occasions into the Harps area.

Harps’ first real shot on goal was from a Mark Russell effort after 26 minutes but it posed no bother for Ed McGinty.

The best chance of the half came on 36 minutes when Romeo Parkes got onto the end of a long punt and managed to evade Kosovar Sadiki but his dropping shot was just touched away from the target by McGinley at the expense of a corner. Just before the break Sligo had another chance for Parkes, with De Vries in support, but he shot straight at McGinley.

Harps began the second half with Barry McNamee floating in a free into the Sligo box that was met by Sadiki but he could not get sufficient power into his header. At the other end, Gibson got around Harps captain Dave Webster to send in a cross for Parkes but his looping heading was over the bar.

However, Sligo took the lead in the 51st minute thanks to a howler from the Finn Harps keeper. Shane McEleney's back pass to  stroked the ball back towards McGinley who appeared to have a routine clearance to make, but he completely misread the situation, touch lost possession as the in-rushing Kenny seized the opportunity to tap the ball into the unguarded net.

Webster was subsequently booked in the post-goal movement of players.

McNamee had a shot deflected for a corner in the 54th minute before Harps then had a real-let off on 62 minutes when Gibson surged towards goal before finding Kenny whose drive across the six yard box was just out of reach of Parkes.

Sligo then really got on top and Harps were under big pressure. Twice Figueria had shots saved by McGinley while in between Robbie McCourt was also denied by the increasingly busy Harps netminder. Gibson, who was really buzzing, then twice also went close for Sligo as they searched for a second to kill off the Harps challenge.

Late on Harps substitute Sean Boyd was nearly in at the far post only to be denied by Robbie McCourt. But Sligo held on to win and maintain their unbeaten run this season which now comprises three wins and two draws.