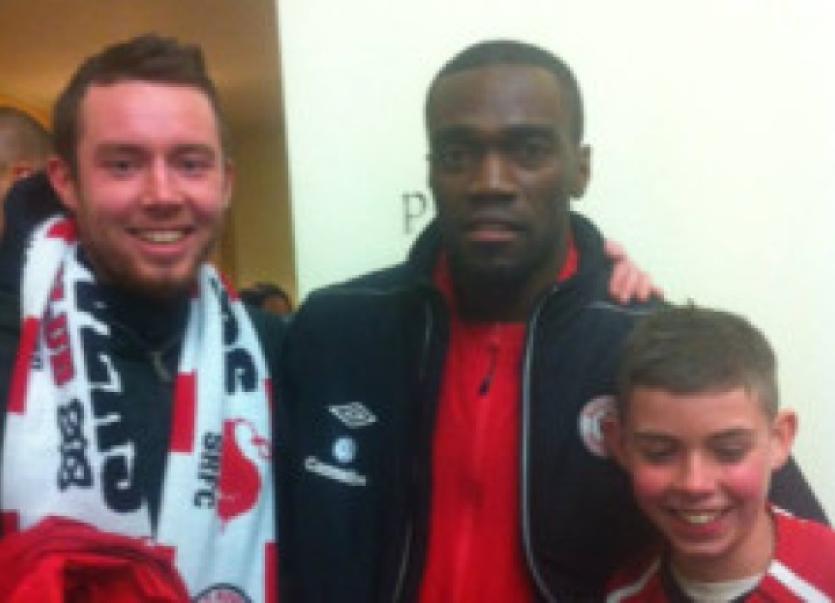 The 2013 season may only be over a matter of weeks but already attention is turning to next year for Sligo Rovers.

The 2013 season may only be over a matter of weeks but already attention is turning to next year for Sligo Rovers.

Last week manager Ian Baraclough comitted himself to the club for another year and this week it was announced that Ross Gaynor and Raffael Cretaro have also put pen to paper for the 2014 season.

Two other signings which have captured the imagination of the public were the capture of Paul O’Conor from Drogheda and Danny Ledwith from Shamrock Rovers.

Both began their careers with UCD and manager Ian Baraclough was certainly pleased to have captured two sought after players.

Speaking about Ledwith Baraclough said, “Danny is a young player but at 22 he is looking for games, for regular football and he can get that here.

“There will be competition but I will have no fear whatsoever in the prospect of Danny becoming a first-choice left-back if he grasps the opportunity and can nail down a place.”

O’Conor, who was one of Drogheda’s star performers in the recent FAI Cup Final and O’Conor insisted the reason for the move was motivated by the desire to win trophies.

“My aim is to be as successful as I can be with the club and the number one priority is to bring back the league trophy.”

This week sees season tickets for the 2014 season go on sale. Adult, concession and student adult ticket tickets prices remain unchanged once again and the club’s schools and Super Red tickets offer stunning value once for the club’s young supporters.

The Sligo Rovers season ticket is also getting a makeover through TicketGroup with the credit card style designed to commemorate the 2013 FAI Cup win.

There are now 15 outlets to purchase Sligo Rovers season tickets. In Sligo Town, Colleary’s Menswear, Barton Smith’s and The Showgrounds offices will be designated sale points whiel season tickets can also be purchased from John Lowe’s in carrick-on-Shannon and Grennan Electrical, Boyle.