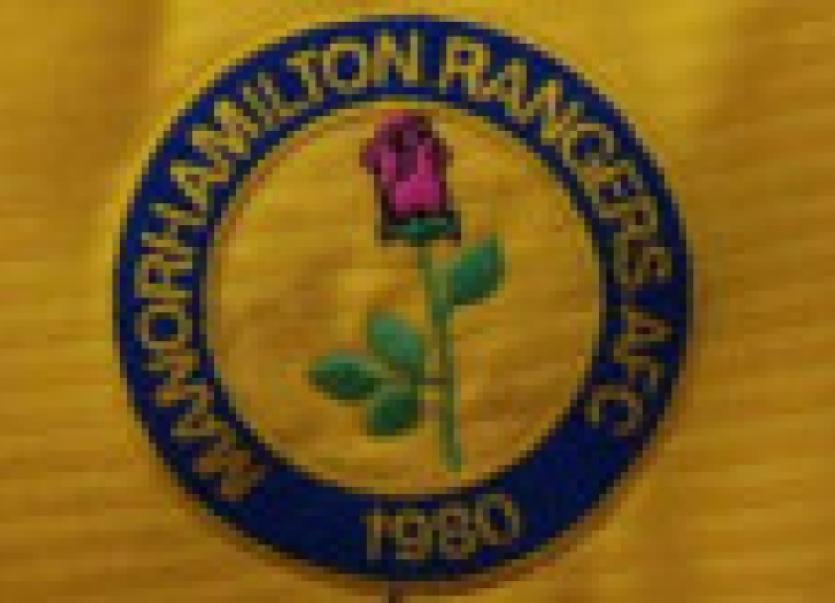 An action packed game in Sligo IT on Sunday morning last saw Manor Rangers maintain their position at the top of the Sligo Leitrim Super League when they shared the points with the form team over the past number of years, Boyle Celtic.

An action packed game in Sligo IT on Sunday morning last saw Manor Rangers maintain their position at the top of the Sligo Leitrim Super League when they shared the points with the form team over the past number of years, Boyle Celtic.

In terms of entertainment, this game was certainly not lacking. A saved penalty, a controversial red card and some stunning saves all contributed to an open game between two teams who will both feel they could have emerged victorious.

From a Manor Rangers point of view there was much to be happy with and as the first half progressed and Adrian Croal began to boss matters in midfield, it was evident the players were growing in confidence and as they pushed higher up the pitch they asked plenty of questions of the Boyle defence.

Boyle were first to settle and they forced Manor Rangers goalkeeper Ali Alniyadi into an early save when Aaron Sharkey struck from the edge of the box.

At the other end of the pitch, Seamus Ryder, whose goals have played a big part of Manor Rangers’ bright start to the season, was an eager runner in the early stages as they looked to get a foothold in the game.

The game had edged past the half hour mark when Manor Rangers struck for the game’s opening goal. Ryder’s flick fell invitingly for Aaron Hickey who made a clean contact with his strike that flew past a sea of legs and helpless goalkeeper Kyle Suffin.

Boyle showed signs of their quality quickly after the goal with Aaron Calpin put through on goal but Thomas McDonald was on hand to make perfectly timed tackle to divert the danger.

With the game approaching the 45 minute mark Manor were awarded a penalty after Colm Callinan was upended but Kyle Suffin was on hand to make an excellent save to deny Ryder.

Boyle, who had not dropped points in their eight league game’s prior to Sunday, showed their quality after the break but they found Ali Alniyadi in inspired form as he made a number of point blank saves to preserve the lead.

Ultimately the Boyle pressure was rewarded with 13 minutes remaining when a half cleared corner was sent back into the Manor Rangers box and the unmarked John Connolly headed home from close range.

With Manor Rangers coming under sustained pressure they were dealt a real blow when Colin Ryan was issued with his second yellow card of the afternoon.

Despite the numerical disadvantage it was Manor who came closest to claiming all three points in the closing stages with Ryder and Aaron Hickey linking up very well as they broke quickly. Hickey then produced an excellent cross which found James Murray’s run but his header proved to be just off target and the sides had to settle for a share of the spoils.