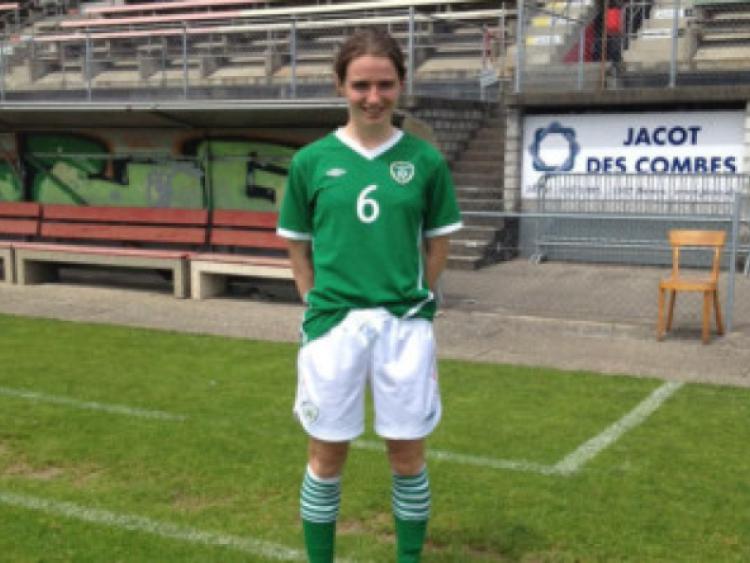 Mohill’s Dearbhaile Beirne has been included by Republic of Ireland U-17 manager Dave Connell in the squad for this weekend’s UEFA Championship Elite Qualifying round which is being hosted in Cork and Cobh.

Mohill’s Dearbhaile Beirne has been included by Republic of Ireland U-17 manager Dave Connell in the squad for this weekend’s UEFA Championship Elite Qualifying round which is being hosted in Cork and Cobh.

Connell has had a full hand to choose from and is confident that the Irish girls can produce some displays to be proud of when facing England, the Netherlands and Hungary.

The group winners and the runners-up with the best record against the teams first and third in their section progress to the finals to join the hosts Iceland from June 22 to July 4.

“Everybody was available and we’ve made three changes to the group of players that got us through the Qualifying Round in September.

“We’re confident but we know it won’t be easy and we’ll give it a go.”

“We have England first and that’s a tough opener but we’d prefer to play them first. We’ve seen them play and we know a lot about them and we’ll be well prepared.

“It’s a special game and we’re very much looking forward to it.”