Sligo Rovers’ Anthony Elding named as player of the month 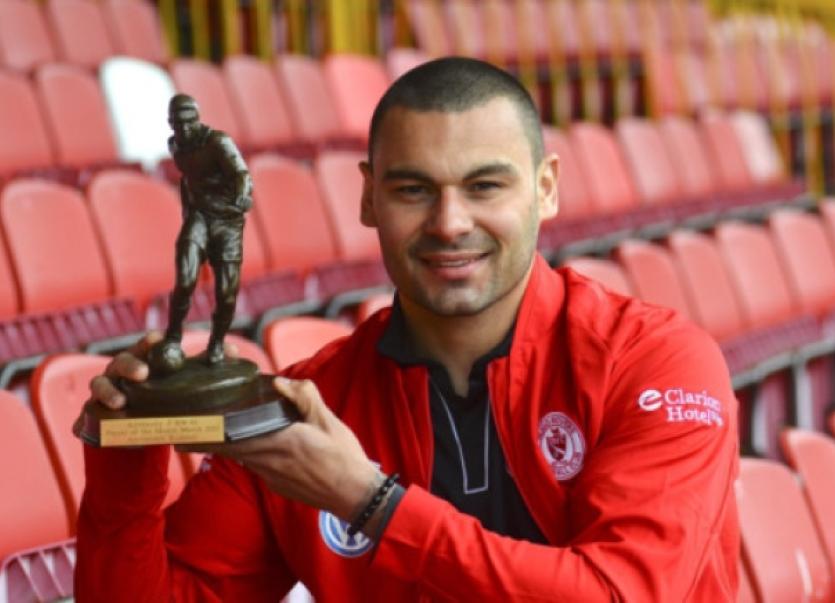 The Airtricity/Soccer Writers Association of Ireland Player of the Month award for March has been presented to Sligo Rovers striker Anthony Elding.

The Airtricity/Soccer Writers Association of Ireland Player of the Month award for March has been presented to Sligo Rovers striker Anthony Elding.

The first recipient of the 2013 Airtricity League season only debuted against Glentoran in the Setanta Cup at the beginning of March, having started his professional career with hometown club, Boston United in 2001.

Elding scored six goals in as many league games in March – he has nine goals in eight games for Sligo overall this season.

At the beginning of March, Elding’s first half goal at Derry City handed Sligo a one-nil win at the Brandywell in their Premier Division opener.

In Sligo’s first home game of the season, an Elding double sent the champions on their way to a convincing over Bray Wanderers. A week later and Elding chalked up his fifth goal in four games as Sligo Rovers maintained their 100% start to the Airtricity League season at Dundalk.

The goals continued to flow for the fan favourite against Limerick at the end of the month for the on-song 30-year-old who counts Leeds United among his former clubs.

“I’m over the moon with the award. As a striker, you want to score a few goals and have an impact on games, but I didn’t think it would go this well so early on”, said Elding.

“Winning the award is quite special considering I was close to giving the game up not that long ago. I have won awards in the past, but to do it in another country, when you are relatively unknown, is something special.

“I am surprised [at the start to the season]. I started well when I was in Hungary as I scored eight goals in my first 15 games, which was really good. I’m someone who believes in their own ability and I know that I will score goals.”

Sligo Rovers manager Ian Baraclough added; “He’s had a great start and I’m sure he would be the first one to say that he is surprised about that.

“It always helps striker to settle in quickly when they get a few goals. Anthony will be the first one to admit that and also to highlight the contribution of others in the team.