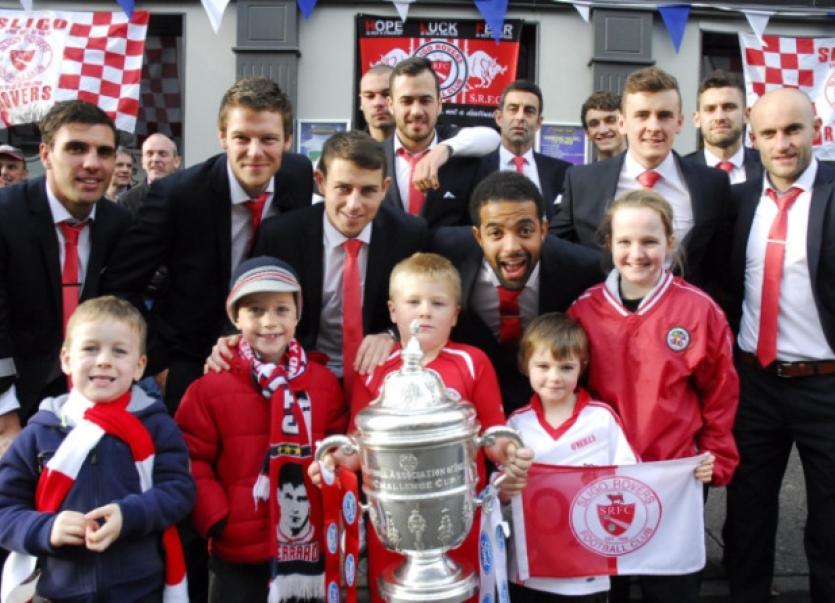 Sligo Rovers will begin the quest to reclaim the SSE Airtricty League on Saturday night when they host Athlone Town in The Showgrounds.

Sligo Rovers will begin the quest to reclaim the SSE Airtricty League on Saturday night when they host Athlone Town in The Showgrounds.

Having competed in the inaugural President’s Cup last weekend when they were narrowly defeated by reigning league champions St Patrick’s Athletic, Sligo Rovers will now turn their attention to league matters and Saturday will offer many home supporters a first glimpse of the new additions.

While manager Ian Baraclough will be pleased with the signings he made over the winter months it is the two most recent signings, Eric Odhiambo and Sean Maguire who have really excited the Rovers faithful.

Odhiambo, a lively player who can play up front or in a wider position was tipped by Baraclough to make a big impression and on his competitive debut he bagged a hat-trick in the Setanta Cup game against Crusaders in Belfast.

That 4-1 win, against a team in mid-season served as an ideal preparation for the new season and it also offered supporters a first glimpse of Sean Maguire who has signed on loan from West Ham until July.

Although he was on the pitch for less than 30 minutes he gave a glimpse of what he is capable of in and looks as though he could cause serious trouble for defences throughout the league.

As well as the new additions to the squad, Baraclough has re-signed the majority of last year’s squad that claimed the FAI Cup for the third time in four years.

Club captain Gavin Peers sustained a cruciate ligament injury in the dramatic cup final victory over Drogheda United and will remain on the sidelines for a number of months as he continues his rehabilitation.

In his absence Jeff Henderson, Evan McMillan and Kalen Spillane will be competing for the two centre back positions.

If Baraclough can get the best out of this talented group, it could well be a fifth successive season with silverware returning to The Showgrounds.