Convincing wins for Carrick Town U14 &amp; U16 squads 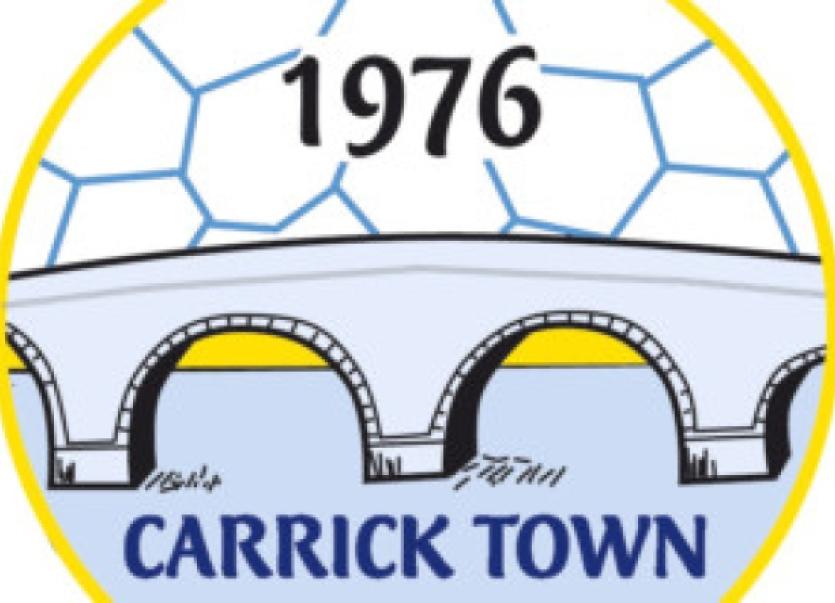 Fixtures: Our U-11 Development Squad are at home to Gurteen on Saturday morning at 11am while our U-13 team are also at home to Merville Utd, kick-off 12.15..

Fixtures: Our U-11 Development Squad are at home to Gurteen on Saturday morning at 11am while our U-13 team are also at home to Merville Utd, kick-off 12.15..

U-12:Despite a gallant effort we were defeated 3-0 by a strong Arrow Harps side in Riverstown on Saturday last.

U-14: Carrick Town travelled to Riverstown on Saturday to play Arrow Harps knowing that a result would bring them one step closer to qualification for the knock-out stage of the competition.

Arrow started brightly and scored a fortunate opener after 3 minutes. Unfazed by the early setback Carrick grew into the game playing the more attractive football against their more physical opponents.

As the half progressed Carrick began to dominate but failed to convert any of the chances they created. The introduction of Shane Surlis to midfield after the interval gave added drive to the team and ensured Arrow Harps spent most of the second half defending. Striker Diarmuid Kelleher was a constant threat to the Arrow defence and turned in a man of the match performance scoring a hat trick in the process.

A Shane Surlis corner in the dying minutes was dispatched by Jack Matthews to the back of the Arrow Harps net to complete the contest.

U-16: After a few poor results we were delighted to get back to winning ways though be it at the hands of a poor Valley Rovers (Geevagh) side. Played on Valley’s fabulous new pitch this was a game Carrick were determined to make an impression in and this they did from the moment Cormac Smith shot the ball home from close range.

Narada Patrasco added a second minutes later and the floodgates opened from then until half time with Smith completing a fine hat-trick, Patrasco netting 4 and Conor McGoldrick left the visitors well ahead. Carrick replaced their hat-trick men with substitutes Jack Barnes who added another; Jack Healy who had a brilliant effort drop onto the crossbar and Kasper Piatkowski.

Midfielder Conor Reynolds added two more in the second half, one a good solo effort, before Stephen McMorrow rounded off the scoring. Carrick would not have gained much from this win except some much needed confidence going into their next match.