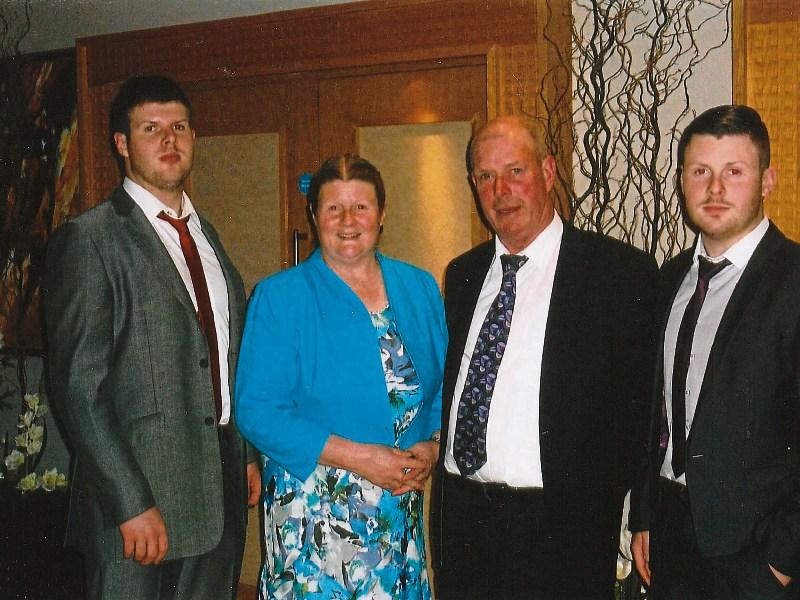 This Sunday, April 10 the people of Drumkeerin, along with the McPartlan family and the Traditional Music, Arts and Culture communities of the region will join together to celebrate the life of Packie McPartlan.

This date would have been Packie’s 60th birthday if he had not died tragically on June 5 last year.

According to his famous singer songwriter sister Mary, Packie died “sudden and in great distress of septic in Sligo Hospital.”

She said his untimely death left the community stunned and his family shocked. She recalled that over 2,500 attended his funeral.

Mary told the Leitrim Observer in an intimate interview that this event on Sunday night was organised to “break from sorrow and celebrate his life.”

Packie was a giant in the community, he was Chairman of the John McKenna Traditional Society as well as a promoter of arts, culture and sport in the region.

Packie’s wife Margaret and sons Patrick and Thomas continue to carry on the good work of Packie and hope the whole community and those who want to celebrate Packie’s life will attend this special event.

Mary McPartlan was recording her new album 'From Mountain to Mountain' when her brother died last year.

She looked at the list of 12 tracks which connects the hilltops of Western Ireland to the foothills of Eastern Kennedy and chose Blackwaters also now called Packie’s Waltz as a tribute to her brother. She decided her brother would have had an affinity and understanding with the Appalachia people.

Following the amazing track, they decided to produce a mini documentary/ music video which incorporates aspects of Packie’s life.

The mini documentary will showcase living in the mountains, the mines, Packie’s well kept farm, the animals, and footage sweeping over the mountains and over Lough Allen.

Leitrim County Council workers, GAA players, sessions from the John McKenna Traditional Music Society, the local drama group doing a reading in Wynne’s Bar as well as Drumkeerin’s Church choir which Packie was a member of all appear on the video.

The minute the video is launched by Cllr Mary Bohan it will be released on to YouTube and a number of websites - projecting these stunning images and memory of Packie McPartlan around the world.

Mary said the end product of beautiful landscape and mesmerising music will be a “fitting tribute to the unassuming intellect” of her brother.

She said she hopes the man who was always the story teller and the funny man in the family will be envious of the party they throw.

Packie McPartlan’s wife Margaret, sons Patrick and Thomas, mother Betty and his brothers and sisters invite you to this very special occasion on Sunday, April 10 at 4pm in Drumkeerin Community Centre.

The event will remember Packie and celebrate his life, the music video will be launched and there will be drink, food and of course a good session of music.

The invitation is extended to all of Leitrim and those further afield who knew Packie and were shocked to hear of his sudden death.

It is hoped many of the flute players featured on the special track 'Packie's Waltz' will attend, Seamie O’Dowd will perform along with Mary McPartlan on the night.