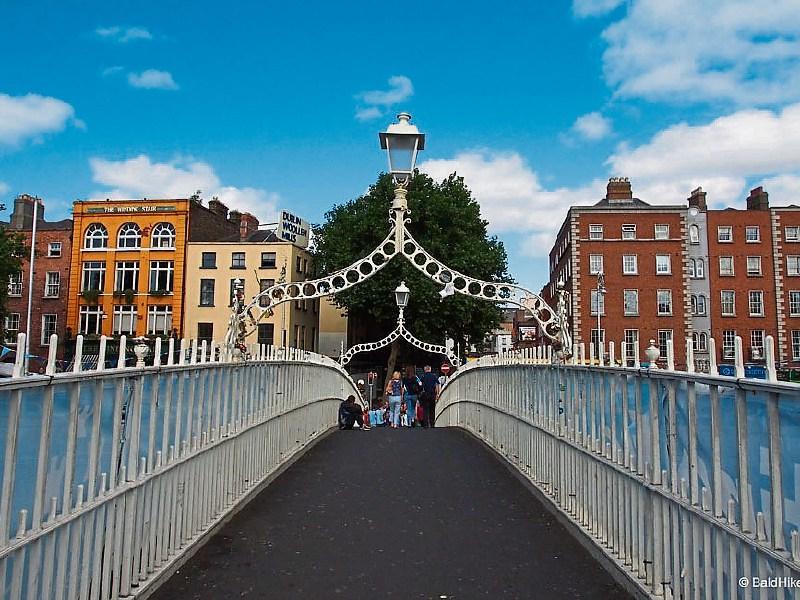 The 200th anniversary of Dublin's iconic Ha'penny bridge was celebrated last Thursday, May 19.

The legendary bridge is crossed by approx 30,000 people daily in the capital and has featured in some of the most iconic photos and films from Dublin over the decades.

Many may not know that the iron for the significant bridge originated from Leitrim.

The cast iron bridge is made from iron which was mined from Sliabh an Iarainn over 200 years ago.

The Iron mountain still bears the scars of it's mining days but has since become a popular destination for hillwalkers and climbers eager to experience the breathtaking views from the top.

The bridge built in 1816 was named the Wellington Bridge, in honour of the Irish-born Duke of Wellington’s defeat of Napoleon at Waterloo the year before it opened.

But it was always known to Dubliners and visitors as the Ha’penny Bridge after the toll of a Half penny to cross it. The bridge was built to replace leaky boats that ferried people across the Liffey at that point.

In 1913, a proposal by Hugh Lane to replace it with an art gallery spanning the Liffey at that point received considerable support, but nothing came of it.

Control of the bridge was handed over to Dublin Corporation in 1916 and tolls were eliminated in 1919.

The bridge was officially renamed the Liffey Bridge in 1922 as the new Free State began to remove colonial names, but Dubliners continued to call it the Ha’penny Bridge.

It was widened and renovated in 2001.