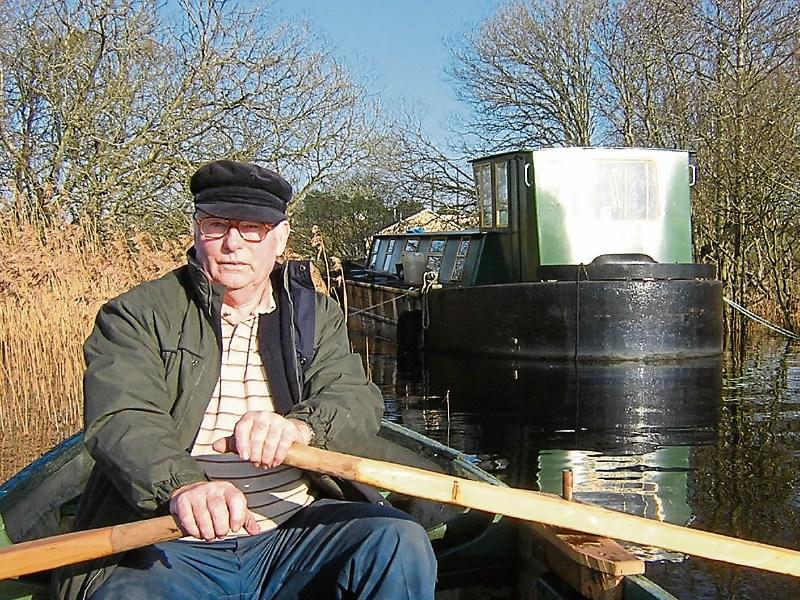 Excursions on water are nothing new to Carrick-on-Shannon's Donnaca Kennedy having previously completed 80K and 100K rows in order to raise funds for charity.

To mark his 85th birthday, Donnaca planned to row 5 miles along the River Shannon from Carrick-on-Shannon on the June Bank Holiday.

However, with some uncertainty as to how long the good weather would last Donnaca decided to complete his latest venture a week earlier than was originally planned.

Reflecting on his latest expedition Donnaca stated on his blog (5at85.blogspot.ie), “Originally I said I would start the row on June Bank Holiday weekend however last Sunday, May 29 saw perfect (and calm) rowing conditions so I decided to seize the day and I set off!

“Accompanied by my wife Dickie and family on the barge Alameda, I left Carrick-on-Shannon and rowed upstream towards Lough Drumharlow.

“After a pit stop for lunch on an island in Lough Drumharlow I continued on to the Boyle River.

“All in all it took about three hours of rowing to complete the five miles. I retired home with aching muscles very glad I hadn't undertaken an 85 mile row!”

Donnaca expressed his gratitude to all who have helped him and all who have contributed to his fundraising efforts.

All proceeds raised from his 5 mile row will be split equally between the North West Hospice and the Ethiopian Squad.