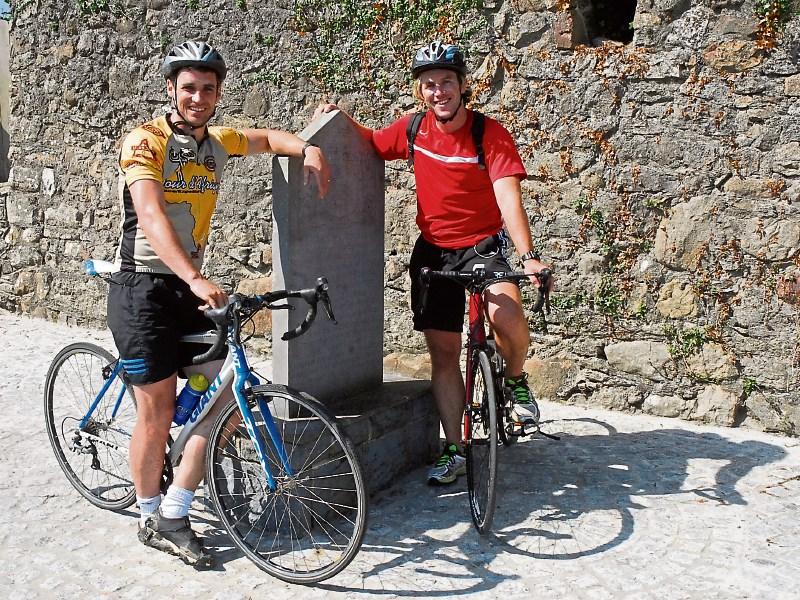 Bornacoola man Michael John Winters started an epic journey from Blacklion to Beara for cancer charities on the hottest day of the year so far, yesterday Tuesday July 19.

Michael just returned home to Bornacoola with his wife last month after living abroad and remarked, “I decided to start my new life at home by doing something for the community. So I started thinking about what charity to support and what challenge to take on.

“The Blacklion to Beara with a half marathon was born.”

Michael had been living abroad for the past five years working as a veterinarian, the last three years of which were spent in Toronto Canada.

Like many people, Michael and his family have seen the effects of cancer first hand.

“The staff and volunteers at the hospice work to the best of their abilities to help their patients and their patients families during this journey.”

On what is reported to be the hottest day of 2016, July 19 Michael started a demanding journey of a 500km cycle which will be followed by a 20km half marathon on July 23.

The route Michael will follow is from Blacklion, Co Cavan to Beara, Co Cork retracing the route taken by O'Sullivan Beare in 1603.

“He marched north for freedom. I will travel south for my chosen charities, The North West Hospice and Marymount Hospice. One Hospice located at each end of the cycle route.”

Michael outlined to the paper that he will cycle 500 kilometres over four days and then run the 20km half marathon in Killarney on July 23.

Michael is hoping to raise €5,200 with his gallant efforts, at the time of going to press on the start of Michael's journey he had successfully raised over €2,600.

Check out www.everydayhero.ie and search for MJ Winters or just donate direct to the hospices.

“The hospice staff and volunteers go the extra mile for their patients and their families. I hope you can do the same with your donations,” Michael stated.