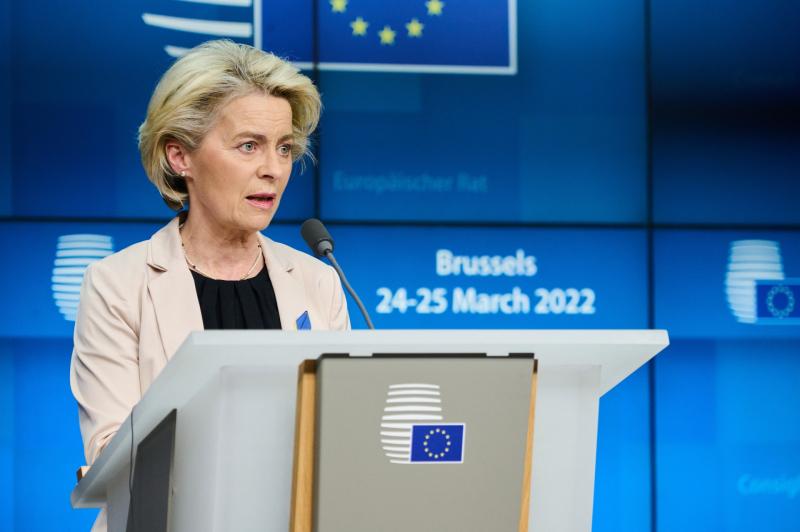 Since Russia invaded Ukraine on 24 February, the EU has been united in its condemnation of Russia for grossly violating international law, undermining European and global security and stability and causing unnecessary loss of life and human suffering.

As the full scale of Russian atrocities in Ukraine became clear, President von der Leyen condemned the ‘dreadful murders that have been uncovered in Bucha and other areas Russian troops passed through’ and vowed that ‘the perpetrators of these heinous crimes must not go unpunished’. The EU has set up a Joint Investigation Team with Europol assisting the Ukrainian authorities to collect evidence and investigate war crimes and crimes against humanity.

By now, over 11 million Ukrainians are either internally displaced or are seeking shelter abroad. Over 4.3 million people - mainly women and children, have fled Ukraine. Poland, Romania, Hungary and Slovakia are already hosting almost 4 million people. All EU Member States need to continue showing solidarity by accepting refugees under relocation. Although far from the frontlines, Ireland moved quickly to suspend visa obligations for Ukrainians and is already hosting over 19,000 refugees. The Irish authorities are preparing to host thousands more refugees by Easter weekend.

Ukrainian refugees entering the EU are supported by the first-ever activation of the Temporary Protection Directive. This gives refugees a "temporary protection" status that enables them to live, settle and work in the EU. However, all of this will cost significant amounts of money. The EU has made 17 billion Euro available to give immediate liquidity to EU Member States, including Ireland, who are hosting refugees.

The EU is leading transatlantic efforts to impose severe costs on Russia in the form of sanctions, with five sweeping waves of sanctions already implemented against Russia. As President von der Leyen observed ‘Sanctions are running deep into the Russian economy and drying out the resources to finance the war – so our efforts should be on enforcing these sanctions, and on preventing circumvention and evasion.’

The EU has already provided significant humanitarian relief during the Ukraine crisis, with over half a billion Euro already committed as humanitarian aid. On Saturday 9 April, President von der Leyen convened the Stand Up For Ukraine pledging event in Warsaw. The goal of the event was to mobilise governments, institutions, artists, companies and individuals to raise funds and support for Ukrainians. ‘With no end to the conflict in sight, it is essential to provide additional resources to cover the needs of internally displaced people within Ukraine and Ukrainian refugees’ said President von der Leyen.