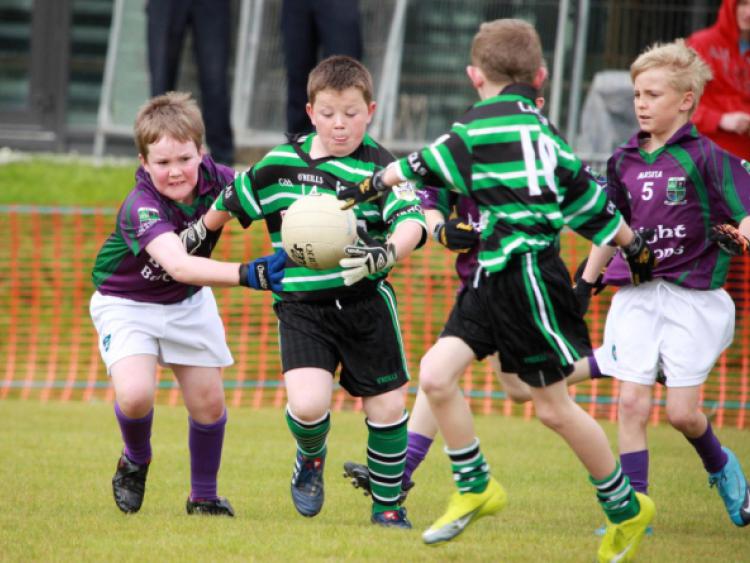 Hndreds of competitors from all over the Province expected to descend on venues in Carrick-on-Shannon, Manorhamilton, Ballinamore, Mohill and Drumshanbo.

The first part of the Connacht Team Finals were held in April and next Saturday sees the major field finals take centre stage. Leitrim teams will be competing in Gaelic football, basketball and soccer as they bid to qualify for the National Finals in August.

Manorhamilton’s U-12 Girls will contest the Gaelic Football in Pairc Sean Mac Diarmada where they come up against Mayo’s Ballina in the semi-final while Carrick Area, who have enjoyed spectacular success at national level will take on Roscommon’s Drum Clonown in the semi-final.

Carrick-on-Shannon Area are also in action in the U-13 Boys Basketball in Carrick Sports Complex where they take on the powerhouse Moycullen of Galway while the area’s final representatives make the journey to Manorhamilton for the U-12 Boys Soccer, hoping to repeat the success of their U-13 Indoor Soccer team who reached the National Final last month.

Headquarters for the day will again be Carrick-on-Shannon Community School with the basketball competition spread over three venues - the U-11 Mixed Fianls will take place in Mohill Complex with Carrick Complex hosting the U-13 Boys Finals and the U-13 Girls in Ballinamore.

The U-14 Camogie Final will be held in Carrick Community School pitch with the U-10 Mixed and U-12 Girls Gaelic Football being hosted by Pairc Sean Mac Diarmada.

The Soccer Finals will be spread over three venues with Manorhamilton’s Bee Park hosting the U-12 Boys, Leitrim Village Community Field hosting the U-12 Girls and the astro-turf facility in Drumshanbo featuring the U-15 Girls Finals.

It all promises to be an action packed weekend for Leitrim with the hundreds of visitors to the town expected to provide a real boost to the local economy.