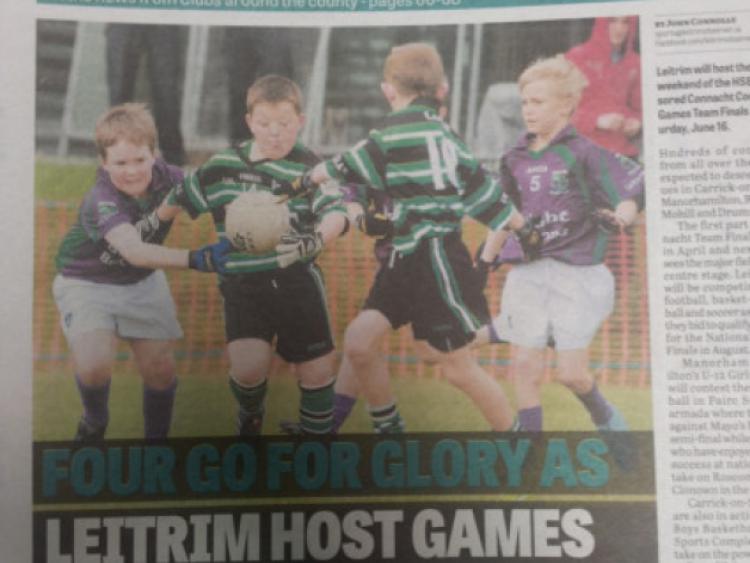 It’s a historic week for the Leitrim Observer. The new format marks the end of an era and a new beginning for one of the country’s oldest operating regional newspapers.

It’s a historic week for the Leitrim Observer. The new format marks the end of an era and a new beginning for one of the country’s oldest operating regional newspapers.

I get the paper posted up Croke Park every week and every week Alan Milton, the GAA’s Public Relations Manager, stops by my desk to marvel at the sporting coverage afforded to the county’s various codes and athletes.

Now we’ve all occasionally wondered whether John or Philip – or any of the many names that have graced the sporting pages of the Observer down the years – were actually at the same game you were watching but that’s the beauty of sport. It’s a subjective thing that fogs our perception and often turns mild mannered men into irrational raving lunatics. But the important thing in Leitrim is that despite all our sporting disagreements we realise we are all Leitrim folk at the end of the day. Disputes are left where they belong, on the field. It’s nothing personal and never should be.

A quick glance over the final sports pages of the Leitrim Observer as a broadsheet paper reveals that sport in Leitrim is in rude health. Caroline Kelly of the Carrick-on-Shannon Rowing Club was named on the Irish squad for this year’s home international.

Dearbhaile Beirne, of Mohill Community School, was the latest county athlete to shine in a walking event as she won gold in the All Ireland Schools Championships. Leitrim Ladies Mairead Stenson and Aine Tighe were selected in the team of the league for Division Three.

There was also news from those dedicated to rugby, darts, triathlons, cycling, while the opportunity to out-run the hangman really caught my eye.

Sports and courts is often the combination that is said to drive the circulation of local newspapers. We’re blessed that all our sporting endeavours are recorded for prosperity’s sake. Upon hearing of the impending transition to the new format, an old Melvin Gaels team mate of mine, Aidan Dolan, recalled recently coming across the edition of the Observer that carried the preview to the 1998 county final between ourselves and Sean O’Heslin’s. He couldn’t believe how young we all looked, and some of the hair-styles left a lot to be desired also.

Today, the paper is available to those living in every quarter of the world in digital form, and those with an account can read a PDF version in Boston before it hits the shelves of the shops around the county. It’s a far cry from when the paper was founded in 1889.

This new format is just another step in a long journey that we’ve all been lucky enough to contribute to during our time here.