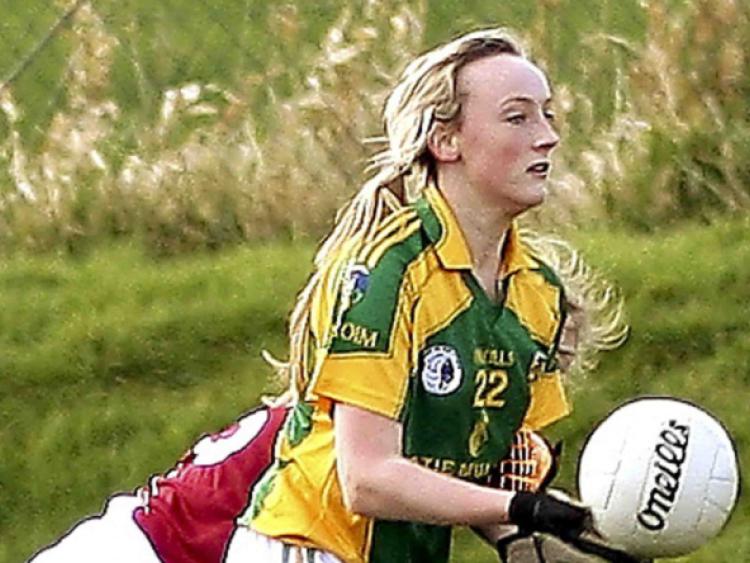 Leitrim had a comfortable win over Antrim to qualify for round two of the TG4 All-Ireland Intermediate Championship Qualifiers.

Leitrim had a comfortable win over Antrim to qualify for round two of the TG4 All-Ireland Intermediate Championship Qualifiers.

Both teams entered this round 1 qualifier with under strength teams but after a high scoring encounter, it was Leitrim who had too much scoring power in a high scoring game.

Antrim opened the scoring but on Leitirm’s second attack Mairead Stenson beat three players to set up Kiera Keegan who burst through several tacklers to score from close range, Keegan adding a point shortly after with Antrim hitting back with 1-2 to lead by three points after eight minutes.

Points from Roisin Fowley & Aine Heslin followed but Antrim’s Mairead Cooper blasted to the roof of the net on 12 minutes. Leitrim responded brilliantly to the setback with four points. Antrim pointed but Fowley edged Leitrim into a lead they would not lose.

Anna Conlon found Kera Keegan for her second goal and as Antrim were reduced to 14 players, Leitrim led 2-12 to 2-5 at halftime.

Michelle Heslin put a rebound to net early in the second half and although Antrim pulled back a goal, the game was more or less over as a contest and Leitrim’s intensity dropped. Leitrim missed a couple of goal chances but added points from Fowley, Roisin Curneen and Michelle Heslin.

While Leitrim were not as tested as much as they would have liked it was still an encouraging performance and gives the players a badly needed boost after several losses. Leitrim took over in the second quarter and will need that quality of play in round 2.

They now face Roscommon in the last 12 of the Championship on August 10th. A win then would place them into a quarter final against one of the Provincial winners.

Roscommon will be a tough nut to crack in the next round as they overcame Leitrim in extra time in the Connacht Championship in May. Their physical strength proved an advantage on that occasion and its some thing an understrength Leitrim will have to surmount if they are to claim victory.