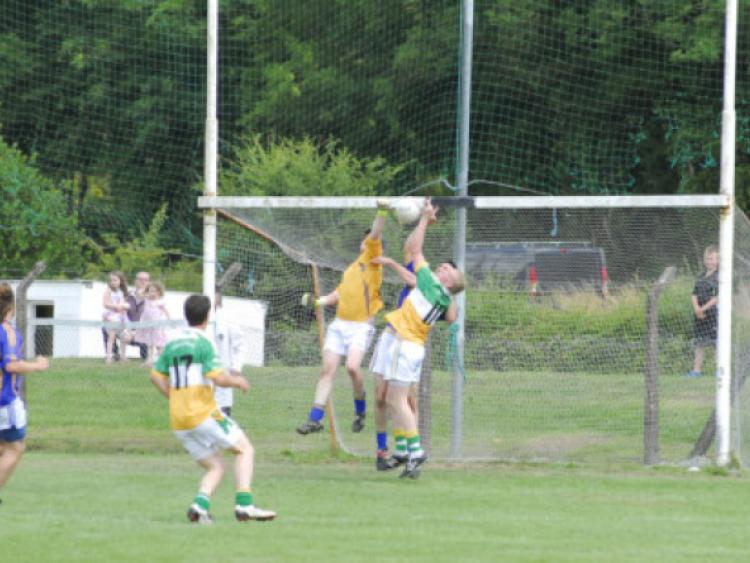 If you want to be in with a chance of glory, it is now time to deliver as the Club Championship reaches the do or die phase of the group stages.

If you want to be in with a chance of glory, it is now time to deliver as the Club Championship reaches the do or die phase of the group stages.

As it stands, of the 12 teams competing in the Connacht Gold Senior Championship, only Aughawillan and Kiltubrid have been consigned to the relegation playoffs with ten teams still vying for the seven automatic quarter-final places.

The biggest game of the weekend is, without doubt, the meeting of Annaduff and Allen Gaels as a win for Annaduff could leave them, Allen Gaels and Drumreilly all level on points if Glencar/Manorhamilton maintain their winning ways.

Then it would come down to scoring difference when three teams are tied on the same points so there is so much to play,

And even in the Groups where Aughawillan and Kiltubrid have already been ruled out of contention, the battle to make it to the top two places and automatic quarter-final spot rather than get dragged into a eighth place playoff where anything could happen.

As it is, champions Melvin Gaels delivered a serious statement of intent last Saturday when they overcame the dismissal of Brendan Brennan and the loss of Stephen McGurrin and a four point halftime deficit to force a draw against Mohill.

Glencar/Manorhamilton and St. Mary’s continued their unbeaten run with wins over Allen Gaels and Bornacoola, the Carrick men sending out an impressive message to the rest of the competition.

In the GWP Intermediate Championship, Ballinamore Sean O’Heslin’s confirmed their status as favourites with an almighty hammering of Aughavas, winning by 4-24 to 0-1 as Aughavas hit their only point in the closing stages of the contest.

Drumkeerin, Aughnasheelin and Glenfarne/Kiltyclogher all maintained their unbeaten runs with wins while Leitrim Gaels and Fenagh St. Caillin’s face into a winner takes all game where the winner takes third place in the group.

Ballinaglera take on St. Patrick’s Dromahair in a game where a Ballinaglera win would lead to a three-way tie in the group, scoring difference again the deciding factor.

And despite their awful loss, Aughavas could still make the quarter-finals if they were to defeat Eslin as a win would leave them level with the Conor Beirne inspired team, meaning that there is still everything to play for next weekend.