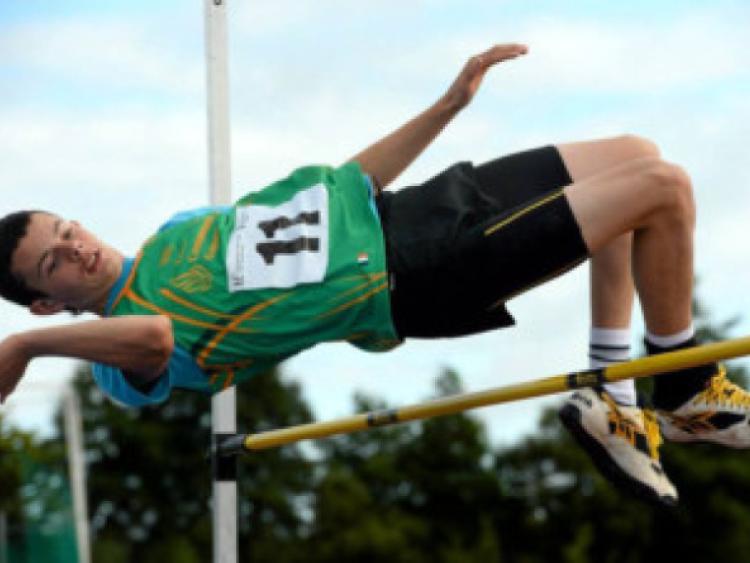 Carrick Area had a double weekend of success with two medals at the HSE National Community Games Finals in Athlone last weekend.

Carrick Area had a double weekend of success with two medals at the HSE National Community Games Finals in Athlone last weekend.

Carrick took silver in the U-10 Mixed Gaelic Football competition while Stephen McDermott was Leitrim’s only individual medal winner of the weekend as he claimed a bronze in the U-16 High Jump.

Carrick’s recent impressive record in the Gaelic Football competition continued as they won their way to the Final, beating Limerick’s Monaleen in the semi-final on Saturday by 0-9 to 2-1.

Unfortunately, the final saw them come up against an impressive Clane/Rathcoffey from Kildare who defeated Cavan’s Erne Valley 3-8 to 2-4 in the semi-final before beating the Leitrim and Connacht Champions by 4-11 to 0-3 in the final on Sunday despite a battling second half performance from the young Carrick team drawn from the St. Mary’s Kiltoghert, Leitrim Gaels and Annaduff clubs.

In the High Jump, Stephen McDermott cleared a fabulous new personal best of 1.68m to take the bronze medal behind Wexford’s R. Carhty and Donegal’s C. O’Callaghan, winning the only athletics medal of the weekend.

Manorhamilton’s Mary Broughton and Ballinamore Area’s Ryan O’Rourke both reached their finals, with Mary running impressively to take sixth in the U-14 Girls 800m Final after finishing 4th in her semi-final while Ryan showed good form to reach the U-16 1,500m Final after qualifying in fifth in Saturday’s semi-finals.

Leitrim did have a number of athletes who successfully negotiated the heats on Saturday to reach semi-finals- Kyle McNabola of the Ballinamore Area showed some potential as he finished fourth in his U-16 100m heat on Saturday while the U-10 age group proved one of Leitrim’s most successful as three qualifiers emerged from that age group.

Manorhamilton Area’s U-10 duo of Ella McDaid and Patrick Montomgery both finished third in their 200m races and both were desperately unlucky not to reach their finals after they both finished fifth in their semi-finals.

Mohill’s Brendan Davis also reched the semi-finals after he finished fourth in the 100m heats, another good performance from a young athlete.

In the relays, Ballinamore’s U-16 boys also surived the heats as they qualified in fourth position from their heat but unfortunately, they progressed no further.

That brings a busy and action year to an end for Community Games in Leitrim, one that saw them host the Connacht Team Finals over two weekends to great success.

Stephen McDermott’s bronze medal added to that of Kinlough’s Odhran O’Hara, Carrie McDaid, Eadaoin Lee and Cianna Ruddy from the first weekend of the National Finals last May while Carrick -on-Shannon Area also claimed team medals in the U-13 Indoor Soccer and Contemporay Irish Dancing.