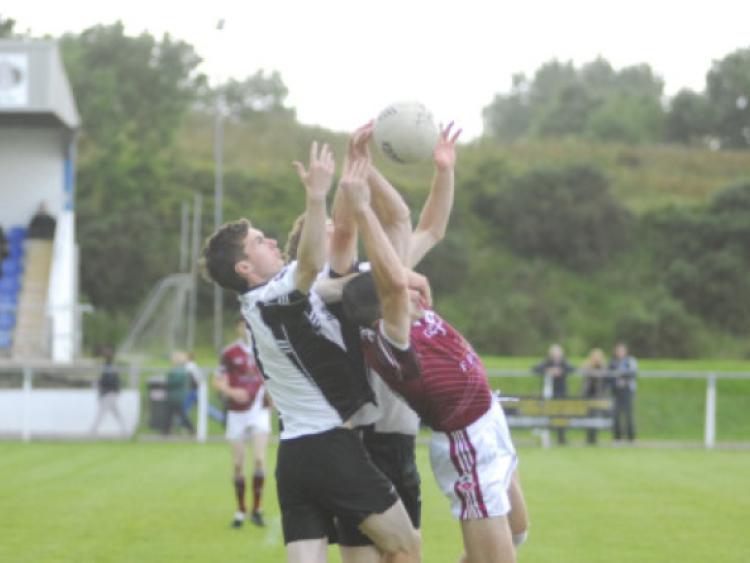 Both sides will know they should have claimed a place in the championship semi-finals after a tense and entertaining Quarter-Final.

Both sides will know they should have claimed a place in the championship semi-finals after a tense and entertaining Quarter-Final.

Drumkeerin failed to convert two second half goal chances and missed another such opportunity in the first half.

As the game headed towards its climax with the sides on level terms after Drumkeerin had equalised, Glenfarne/Kiltyclogher were given three gilt-edged chances to hit over the winning point but on each occasion, the men in the black and white shirts fluffed their opportunities.

Drumkeerin, who played with the wind in the first half, were the more impressive outfit during that period. But Glenfarne/Kilty pulled out all the stops in the second half and fought like tigers to stay in the championship race.

The Drumkeerin men who have not recorded a win in the past six years of championship action over their north Leitrim rivals came very close to ending that hoodoo but still did not succeed in overcoming the Glenfarne/Kilty battlers.

Both Glenfarne/Kilty and Drumkeerin will have to do it all again when they cross swords in the quarter-final replay on Sunday at 12 noon in Drumshanbo with extra-time to be played if it is a tie situation again at the end of normal time.

Glenfarne/Kilty were best served by Stephen Sweeney, Dermot Harkin and James Murray in defence; Conor O’Rourke at midfield while upfront Fergal Clancy always posed a threat for the Drumkeerin rearguard and was ably assisted by Diarmuid Clancy as well as Niall Clancy.

Conor Woods was always reliable between the Drumkeerin posts while in front of him Aiden Dolan, Jason Byrne and Colm Clarke impressed.

Local derbies are notoriously hard to predict and it could all come down to who makes the least mistakes next Sunday in Drumshanbo.