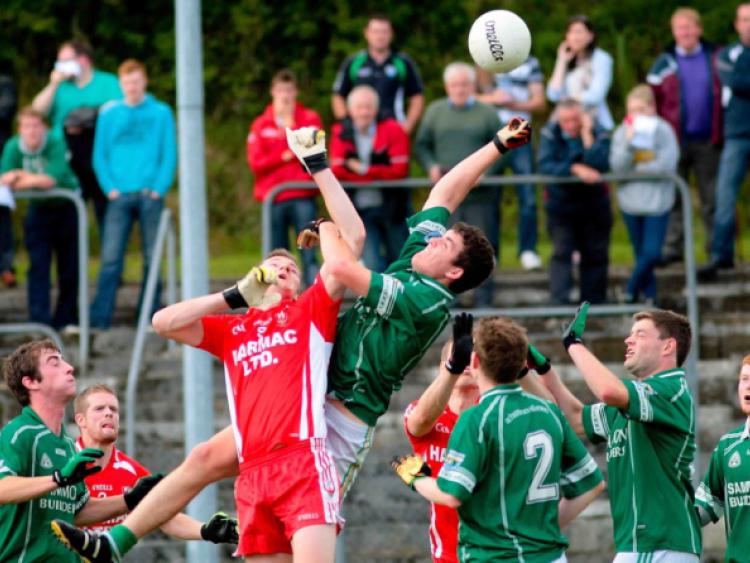 After an unexpected delay, the Connacht Gold Senior Championship gets back into full swing next weekend with four exciting clashes.

After an unexpected delay, the Connacht Gold Senior Championship gets back into full swing next weekend with four exciting clashes.

With Drumreilly’s appeal to the DRA last Thursday having been lost, Annaduff prevailed in their derby eighth place playoff against Bornacoola and their reward is a meeting with last year’s Intermediate Championship winners Gortletteragh next Saturday evening in Cloone.

The eight quarter-finalists feature a mix of those with genuine designs on the Fenagh Cup and some teams who are just happy to be there and are looking to see how far they can go.

The open draw at the Quarter-Final stage certainly opened up the competition with the four unbeaten teams in the group stages, and many people’s list of possible champions, all drawn to face each other - and there is no guarantee that it won’t happen again for the Semi-Finals.

Cloone will see Annaduff take on Gortletteragh while Allen Gaels face Carrigallen, two games were all four teams will feel they have a great chance of success.

But as Ballinamore’s loss to Glencar/Manorhamilton proved, no team can be sure of success as the north Leitrim side seek to replicate St. Mary’s when they claimed the Senior & Intermediate titles and added the Minor title into the bargain as well.

Interestingly, and four other teams still have a possible say in the destination of the Intermediate title, a win for Glencar/Manor’s second string would have huge consequences for the Senior relegation battle - expect a lot of interested clubs to be cheering on Manor over the next few weeks.!

Last weekend’s Intermediate Quarter-Finals provided the biggest shock of the year when favourites O’Heslin’s were deservedly beaten by Glencar/Manorhamilton’s second team, immediately opening up a whole new world of possibilities for the remaining teams in the competition.

As it stands, the Intermediate Final has been provisionally fixed for Sunday, September 15, a move that will free up more time for League fixturs and the U-21 Championship. The Senior Final will go ahead as planned on September 29.