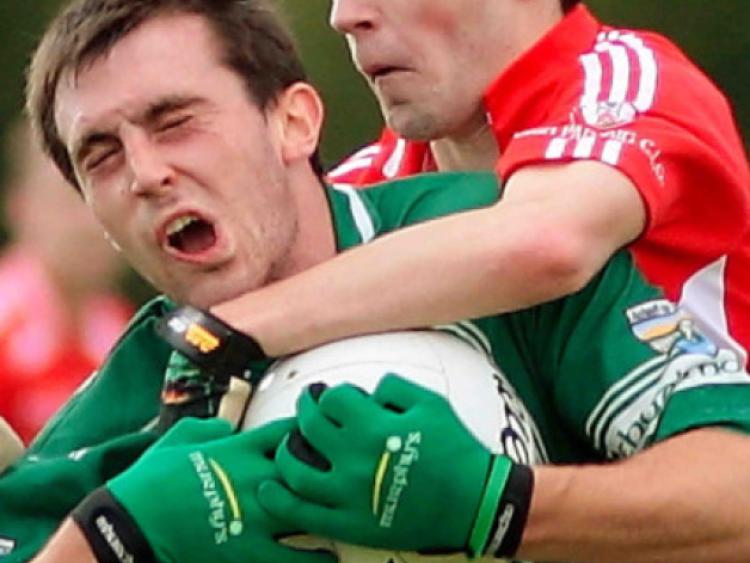 5 mins: Dromahair opened the scoring with a Cian Clinton free.

5 mins: Dromahair opened the scoring with a Cian Clinton free.

12 mins: After a slow start Aughnasheelin grew into the game and points from Gavin Sammon, Sean McWeeney and Cathal Egan (free) gave them a deserved lead.

22 mins: Two points in as many minutes from Conor Kelly and Cian Clinton frees saw the sides draw level.

26 mins: Aughnasheelin hit back immediately and the sides were again level after a Cathal Egan free.

31 mins: Having been issued with a yellow card moments before the interval, Dromahair’s Brian Feeney was given his second yellow card, for a mistimed tackle on Paul Earley, just 69 seconds after the restart and Dromahair were reduced to 14 players.

44 mins: Gerard Kelly was found by an excellent diagonal pass from Jamie Conlon and he duly pointed to increase the Dromahair lead to four points.

51 mins: Conor Kelly did well to find the forward run of centre-back Conor Farrell and under pressure and from distance Farrell’s shot sailed through the posts. That score was greeted by a huge cheer as the Dromahair faithful began to sense they may be on course for victory.

52 mins: Conor Farrell turned provider as he found Cian Clinton. With two defenders in pursuit and approaching the goal from a difficult angle Clinton struck to give his side a six point lead.

59 mins: Aughnasheelin completed the scoring when Cathal Egan converted a late free but it was to prove no more than a consolation score.