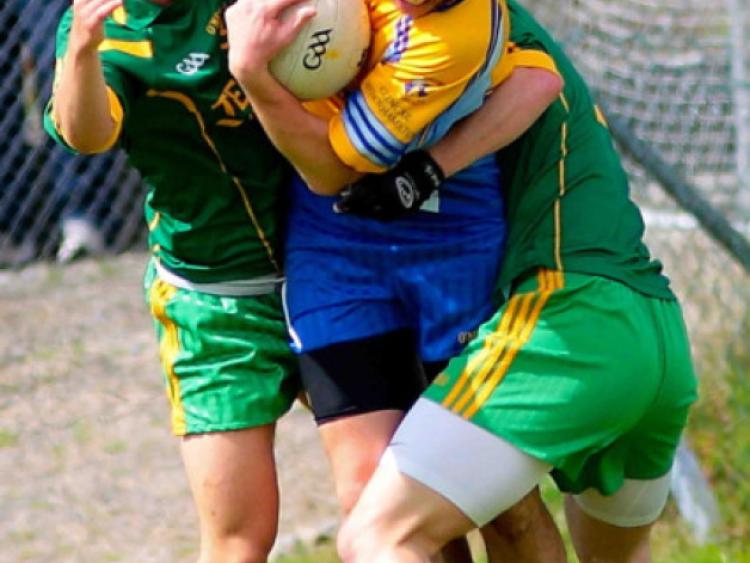 Aughawillan sent out a strong message that they intend to regain the Ladies Senior title after they destroyed Mohill last weekend.

Aughawillan sent out a strong message that they intend to regain the Ladies Senior title after they destroyed Mohill last weekend.

The former kingpins of Leitrim and Connacht football have struggled in recent years with the emergence of St. Joseph’s and Dromahair but they sent out a serious message in last weekend’s games when they easily accounted for Mohill, winning 3-13 to 0-5.

Mohill, last year’s defeated finalists, have yet to register a win in the competition, having lost heavily to St. Mary’s in the first round.

But St. Mary’s, already injury hit and further weakened by the loss of two players during the game, were brought down to earth with a bang by a St. Joseph’s team determined to get back to winning ways.

The reigning champions defeated the Carrick side by an eye-opening 6-18 to 0-3, a result that does nothing for St. Mary’s chances.

The result leaves Aughawillan clear at the top of the group on six points and almost certainly assured of their place in the knock-out stages while St. Mary’s and St. Joseph’s fight it out for the second place. St. Joseph’s face Mohill in their last game while Mary’s take on Aughawillan.

In the second group, Dromahair dented Kiltubrid’s hopes of booking their place in the semi-finals when the north Leitrim side prevailed by two points, 1-9 to 2-4, a result that leaves them tied on three points.

Kiltubrid have finished their programme in the threeteam section while Dromahair can top the group with victory over Bornacoola in their last encounter, a result that would suit Kiltubrid.

The Intermediate championship features five teams in one group and Cloone moved to top of the table despite a draw with Sean O’Heslin’s who have now drawn for the second game in a row.

In the other contest, Glencar/Manorhamilton showed they will be tough to beat after they accounted for St. Francis, who had drawn with Annaduff, by six points on a 2-13 to 2-7 scoreline.

Qualification for the knockout stages is extremely tight as every team still has a chance of qualifying.