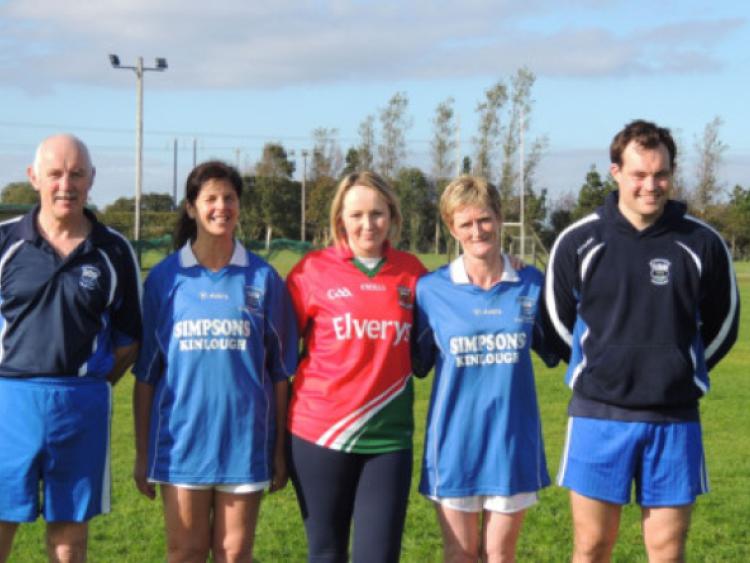 Just before throw-in at the International Rules match in Croke Park on Saturday I called over to say hello to a group from the Melvin Gaels club who had brought a crew of our juvenile players up to enjoy the occasion. This Sporting Life - Colin Regan

Just before throw-in at the International Rules match in Croke Park on Saturday I called over to say hello to a group from the Melvin Gaels club who had brought a crew of our juvenile players up to enjoy the occasion.

It’s been a great year for the club’s Bord na nÓg and the players, mentors and officers have put in a huge amount of work. The trip was a way of acknowledging that. Amongst the mentors was Patsy McGovern, one of three great servants of sport in Leitrim that have been nominated as ‘Volunteers of the Year’ (the other two being Aidan Lenehan, Carrick Rugby Club and Patrick McMorrow, Glencar Manor GAA Club.)

I was thrilled to see Patsy nominated. I have few memories involving Melvin Gaels that don’t feature Patsy. He’s as integral part of the club as the pitch which he cares for like his front lawn by the way. When I started out at the club Patsy was one of my underage coaches.

As I progressed on to senior level Patsy was still pulling on the jersey from time to time too and I was lucky enough to have lined out on the same team as him. During my last few years playing with the Gaels, every home match was book-ended with the sight of Patsy lining out the field as I arrived and taking up the flags as the game ended. He remains as involved as ever at underage level and every parent who has had a child pass through his care at the club should be thankful of that.

He has a relaxed, laid back style that encourages participation and skill development over competition and winning at all costs. The fact that he (and the seven other adults from the club who made the trip) gave up yet another Saturday to treat the Gaels’ young players to a day out in Croke Park says it all.

I wish Patsy, Patrick and Aidan every congratulations and I hope their nomination goes some way towards recognising the often thankless work they have done on behalf of our communities in Kinlough, Manorhamilton and Carrick-on-Shannon.

Of course I also have to congratulate Melvin Gaels Gaelic for Mothers and Others group on their nomination in the special achievement award. This category contains the Lough Key Triathlon Club and the St. Mary’s Club 7-a-side tournament, which was part of the Carrick 400 celebrations.

I’ve been a huge admirer of the Triathlon club from afar – they have helped transformed the lives of many members and have brought what is a challenging but rewarding multi-sport discipline to a new market and audience in Leitrim and beyond.

My old mate Donnacha Holmes, who has also been nominated in the senior individual sports category, was also in Croke Park on Saturday. It was his son Dara’s first visit to the hallowed stadium, and in his own estimation it is “the biggest stadium in the world, about four times bigger than Pairc Sean.” True dat, Dara, true dat.

A final word of congratulations goes to Donncha Lynch who completed the Perth Tough Mudder in a great time of two hours 20 minutes. Keep flying the flag over there Dunsey.