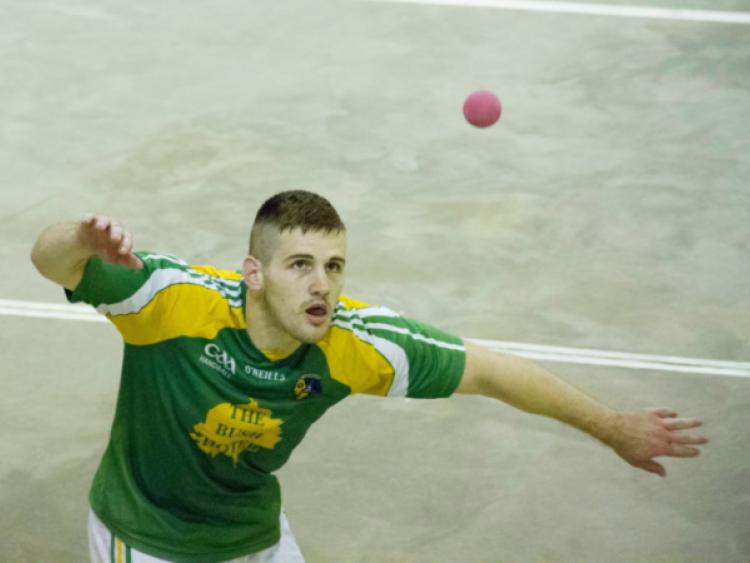 As the attention of the county turns to next Sunday’s Connacht Gold Senior Championship Final, Leitrim handball was celebrating All-Ireland success after Martin Raftery won the 60 x 30 Junior title in Dublin.

As the attention of the county turns to next Sunday’s Connacht Gold Senior Championship Final, Leitrim handball was celebrating All-Ireland success after Martin Raftery won the 60 x 30 Junior title in Dublin.

The Drumshanbo handballer, who played for Allen Gaels in their championship semi-final loss to Aughawillan, won the title 16-21, 21-17, 21-19 after an epic encounter against favourite Paul Lambert of Wexford.

Martin showed incredible reserves of fitness in the contest which took two hours and 12 minutes to decide at the Na Fianna GAA handball complex in Glasnevin Dublin last Saturday in a great achievement for Leitrim handball.

Attention next weekend will be very firmly focussed on the Senior Championship Final as defending champions St. Mary’s Kiltoghert attempt to create their own slice of history by winning back to back titles for the very first time in the club’s history.

In their way stands a young and fiercely commited Aughawillan team who make their first appearance in a Senior Final after a 20 year absence and eager to write thier own chapters in the club’s glorious history.

In the GWP Intermediate Championship, St. Patrick’s Dromahair will meet Ballinamore O’Heslin’s after the Dromahair men demolished the challenge of neighbours Drumkeerin in the second half to run out comprehensive winners in the semi-final replay.

With the scores tied at 0-3 apiece at halftime, Dromahair held their neighbours to just one point in the second half with County star Kevin Conlan particularly influential.