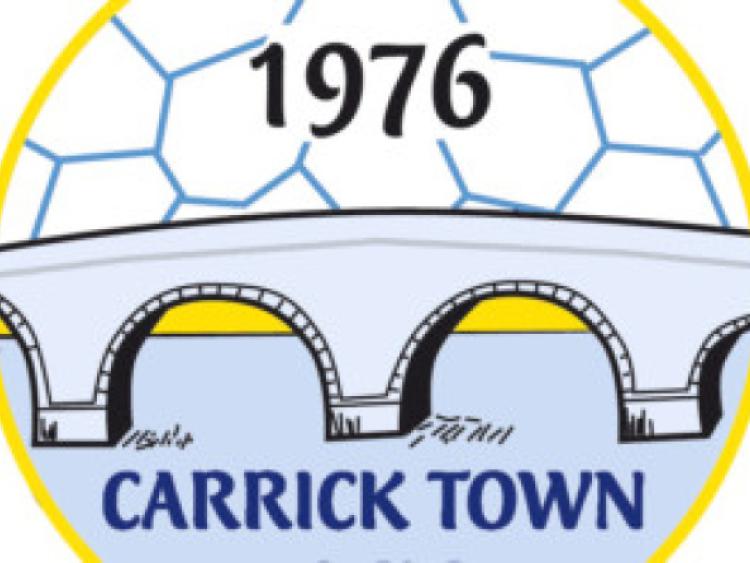 Carrick Town seniors drew 3-3 with Yeats United on Sunday morning last at The Showgroundd in this Sligo/Leitrim league game.

Carrick Town seniors drew 3-3 with Yeats United on Sunday morning last at The Showgroundd in this Sligo/Leitrim league game.

Carrick started well and took the lead after 20 minutes when Fergie Daly headed a corner to the net. Yeats levelled 10 minutes later with a good finish but Carrick setted down and Conor Beirne headed home, it left the halftime score 2-1 to the home side.

The second half was a tight affair with few chances until the 65 minute when the visitors converted a penalty but again Carrick came back again and within five minutes had the lead again when a lovely move was finished superbly to the net by Neville Murphy.

However with just under 20 minutes left, captain Fergie Daly had to leave the field through injury, and with all the subs used they were reduced to 10 men. They dug in and put in a huge effort to hold Yeats at bay but with only a few minutes left Yeats equalised to take a share of the spoils as the game finished 3-3.

It was a very good performance by Carrick and hopefully it can be repeated in the coming weeks.

U-16: We travelled the long distance to Enniscrone on Saturday last. We played some fine football on a good pitch and after 20 minutes Jack Colum was taken down in the box for a penalty. Jason Conlon duly converted. Fifteen minutes later Enniscrone equalised to leave the half time score 1-1. The second half saw us create chance after chance but we just could not finish. With 10 minutes to go Enniscrone made the break upfield to score the winner. Well done to all the lads on a great effort.

U-14: Our U-14 side climbed to the top of the Sligo-Leitrim league table with a comfortable 5-0 victory over Benbulben on Saturday morning last at Cleveragh Astro Turf pitch in Sligo. Paul Keaney, Donal Casey, Diarmuid Kelleher and a brace from man of the match Niall Gannon were on the scoresheet for the Carrick lads. Still much work to be done on the training pitch if the title is to be retained this season. Training continues Wednesday at 5-6 at Aura.