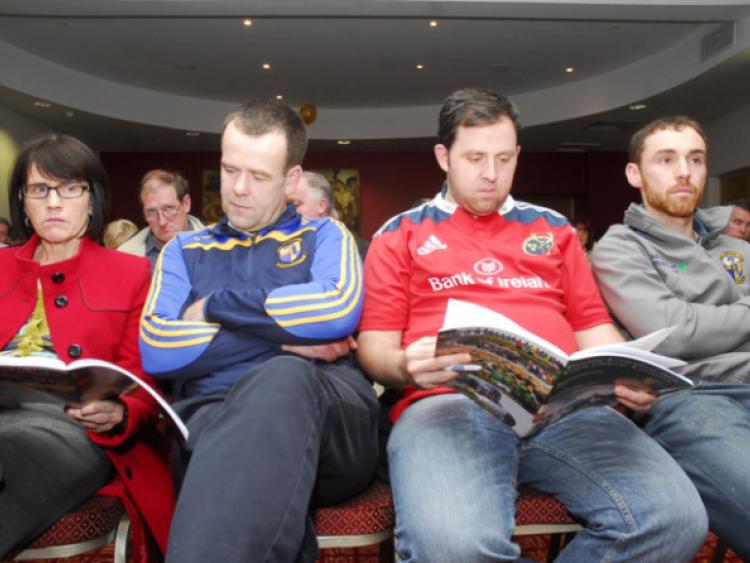 With cutting costs still a major objective, Treasurer Brian Gordon told delegates that the County Board had asked Leitrim team managements to avoid overnight stays and travel for matches.

With cutting costs still a major objective, Treasurer Brian Gordon told delegates that the County Board had asked Leitrim team managements to avoid overnight stays and travel for matches.

The Treasurer revealed that the County Board were paying off €5,400 a month to service the term loan that is being used to pay for the redevelopment of Pairc Sean Mac Diarmada.

Team Administration expenses for the Senior Board showed an increase of €18,449 from the previous year, mostly accounted for by an increase of over €15,000 in hotel and catering costs.

And Brian Gordon revealed that the Executive had asked new manager Shane Ward if he could ensure that the County teams travelled on the morning of matches rather than overnight stays in the coming year.

“Hotel & Catering showed a big increase as we had an additional trip when we had to go overnight, which also entails extra meals. There are quite considerable extra costs involved with an overnight stay and if we can avoid having to travel overnight, it would be a considerable help.

“We have asked Shane Ward and other County team managers if we can travel on the morning of away matches rather than an overnight stay, which would bring about quite a considerable saving.”

Brian paid tribute to the County players for their efforts in raising €9,454 in sponsorship for the Senior team while he termed the Leitrim Supporters Club as the “mainstay of our fundraising, without which, we would be in serious trouble.”

The Treasurer also reported that Leitrim received a prize of €5,000 for winning the FBD Connacht League after the trip to New York for the winners was cancelled. He also said that gate receipts were slightly down on the previous year due to a very poor day weather wise.

Brian also appealed for clubs to support the County Board Awards Dinner, due to be held on Saturday, January 24, as the event was costing the Board substantial amounts of money with expenditure of €3,019 but income only brought in €2,200.

President Gerry Mahon said it would be remiss not to compliment Brian and all involved as many bigger counties had returned substantial deficits and the Leitrim accounts were fantastic.