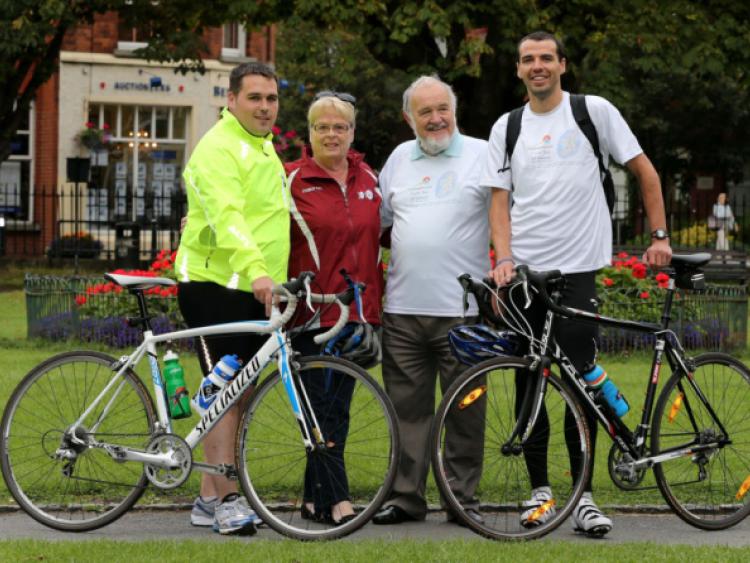 Breifne Earley is looking for your support to cycle round the world, not on a bike, but online to help him get funding for an ambitious suicide awareness project.

Breifne Earley is looking for your support to cycle round the world, not on a bike, but online to help him get funding for an ambitious suicide awareness project.

The 32-year-old Leitrim Village native hopes to take part in the 2014 World Cycle Race, covering a period of almost four months, through 25 countries and six continents.

To do so, Breifne needs funding but he is not looking for anyone to put their hands in their pockets but to go to their keyboards or phones and support him online!

“In order to make this a reality, I need funding, but I’m not asking you to put your hand in your pocket and donate or even clog up your Facebook timeline,” Breifne told the Observer, “I simply need your vote, and you can vote more than once, every single day in fact.”

A TV & Radio Sports Presenter and producer with Dublin City FM & DCTV and a former PRO for the Leitrim GAA County Board, Breifne has cycled through all 32 counties over 15 days during his 2012 Tour of Ireland in aid of a number of charities including Aware and Pieta House. He has raised over €10,000 for a number of Irish charities over the last two years.

Back in 2010, while suffering with depression, being single, weighing almost 20 stone (125kg) and unhappy in work, Breifne established www.ChallengeTen.com, an online blog detailing his journey to complete ten personal challenges.

While cycling over 18,000 miles around the world, Breifne will share his story with the public and raise the volume of discussion on mental health and suicide both at home in Ireland and within the countries through which he travels.

“Take those 40 seconds which has up to now claimed a life and help me secure the funding to make this message a global one,” said Breifne who is asking that people take three simple steps:

• Visit Breifne’s campaign page, register and place your vote. The link is https://www.arthurguinnessprojects.com/sport/cycle-around-the-world

Details of Breifne’s story, his planned route and how to vote for funding of the project, are all available on www.challengeten.com.