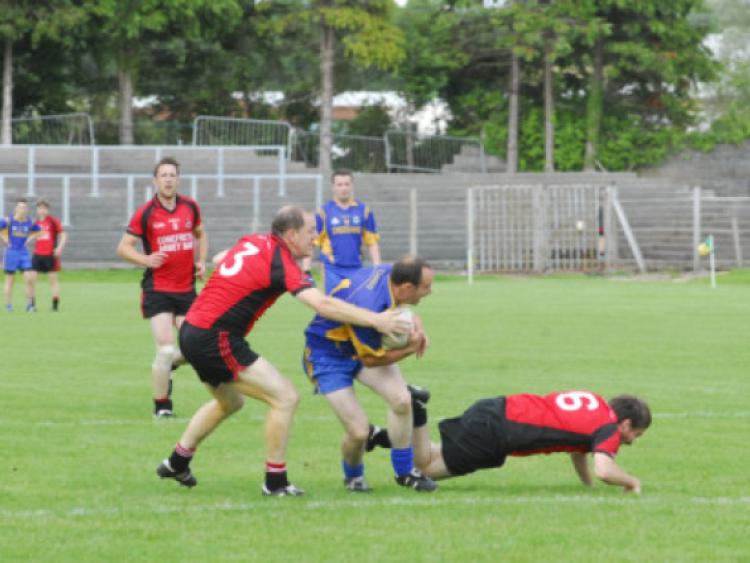 In the end it was mightily close but Fenagh St. Caillin’s dominated the Intermediate Eighth Place playoff against a lacklustre Cloone last Saturday.

In the end it was mightily close but Fenagh St. Caillin’s dominated the Intermediate Eighth Place playoff against a lacklustre Cloone last Saturday.

Not one but two injury time goals from Cloone left Fenagh sweating in the final seconds of last Saturday’s Pairc Sean Mac Diarmada encounter but the truth was that St. Caillin’s dominated the contest from the very first minute when they hit Cloone for 1-1.

Fenagh effectively and intelligently controlled the game, their work off the ball excellent and it was ironic that it took Fenagh’s second goal to inspire Cloone to move with real intent and purpose.

This was a vastly improved performance from Fenagh as their young side seems to be growing into the competition. They still have a lot of work to do but Fenagh were almost unrecognisable from the side who lost so badly in the first round back in May.

Fenagh produced a game-plan, always had a man in space and used the mobility of Fergal Ellis and Martin Doonan to create chances. Donal Wrynn also produced a solid performance as Fenagh looked content to use him in the middle of the park rather than try to do everything in ever sector.

With Padraig Flynn and Peter Honeyman giving great leadership for Fenagh, it was a great performance for Fenagh who can look forward to the quarter-finals with confidence.

For Cloone, the finish showed what they can do but they will regret that it took them so long to get going.

Fenagh got off to a blistering start, Fergal Ellis setting up Martin Doonan for a well taken goal from a very tight angle with Donal Wrynn following up with a 50 yard free seconds later.

Wrynn added another free as Cloone struggled to get into the game, Brian Mulvey getting their first score on 16 minutes but they improved for the rest of the half, Seamus Maguire scoring two wonderful points from defence to go with two O’Donnell points to leave Fenagh 1-5 to 0-5 in front at the break.

Fergal Ellis hit an early point after just 15 seconds as a disciplined Fenagh held a lack-lustre Cloone at bay with some ease, Wrynn swapping two points with O’Donnell.

And Fenagh seemed to have wrapped it all up when a great three man move saw sub Niall Butler fist the ball to the net to put his side seven points clear.

Incredibly, after a game devoid of any great excitement, it got very exciting for the final minutes of the game - Seamus Maguire went on an incredible run, the move ending with Damien O’Donnell firing the ball to the Fenagh net.

The drama was even more pronounced two minutes into added time when O’Donnell got his fist to divert Brian Mulvey’s long range free to the Fenagh net, leaving just a point between the teams. But Cloone just couldn’t get their hands on the ball in the final moments as Fenagh held on for the win.