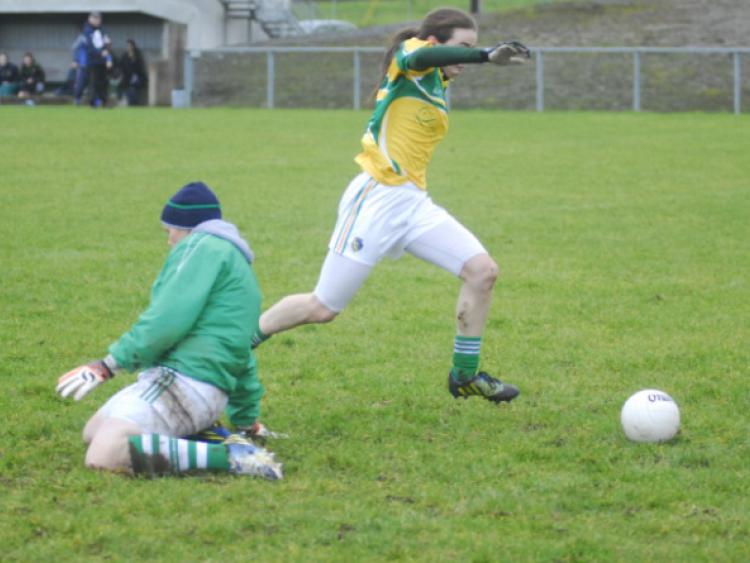 After three wins on the trot Leitrim manager Pat Costello noted “it is important to win our home games.

After three wins on the trot Leitrim manager Pat Costello noted “it is important to win our home games.

“If we can win our next two home games that should get us qualified for the semi-finals – but that’s ‘ifs’ and ‘buts’ at the moment. We are happy with our three wins so far.”

Commenting on Sunday’s opponents Costello said “Fermanagh coming in today were beaten All-Ireland finalists against Down and Ulster champions. But they got a bad league start when they were well beaten by Waterford.

“They had a slow start today but they came right into by halftime when it was level. However, I am happy with the way the Leitrim girls responded at all stages and they did well to come through at the end.”

On the introduction of the Leitrim halftime substitutes who had a big impact on his sides overall performance Costello explained “we are working on a basis that we are trying to give everyone a run without affecting the structure of the team and I want to be fair to everyone”.

On the players that came off at the break Costello said “these girls didn’t play particularly well – it wasn’t their day but they have to get their chance – the girls that came on did play well, luckily for us.

“It is swings and roundabouts – the girls that came on at halftime mightn’t play well in that situation on another occasion while the girls who came off – the three girls we took off – might have stayed on.”

Looking forward to Sunday’s clash with Longford, the Galway man noted “is nearly a home game for Leitrim, just up the road. That game for us will hopefully give us the 12 points which would be semi-final figures.

“When we get over that one, we can look at a few other things and maybe experiment a bit more.” Pat Costello is very happy with how his panel of players have responded since he came into the Leitrim job.

“I think the girls have applied themselves very hard from the word go. There was a while when things was difficult for them – the Board wasn’t in place but they have gotten over all that and put it behind them.

“They are working very hard behind the scenes and I want that to be known.

They are responding to the training. They are playing a lovely brand of football and they are able to mix it. That’s what is about – it is about football at the end of the day” Costello said in conclusion.