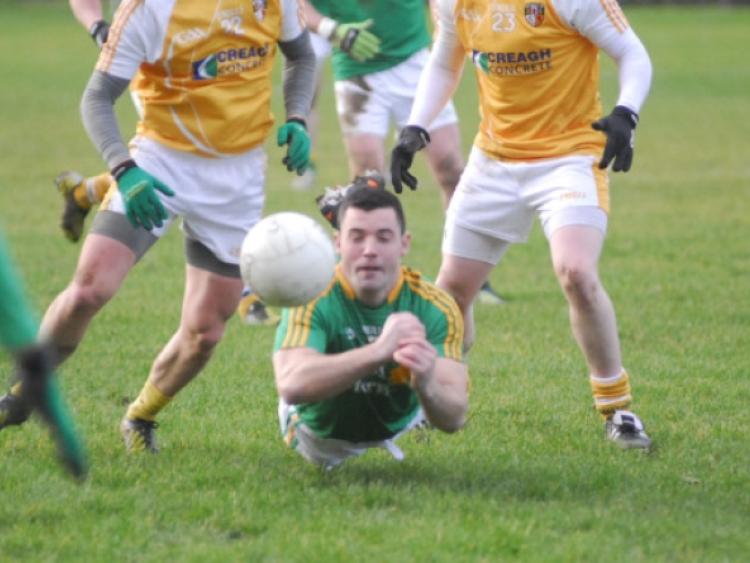 Both Leitrim and Antrim will be looking to kick-start their 2015 Allianz League Division 4 campaign next Sunday when the Ulster men visit Pairc Sean Mac Diarmada.

Both Leitrim and Antrim will be looking to kick-start their 2015 Allianz League Division 4 campaign next Sunday when the Ulster men visit Pairc Sean Mac Diarmada.

For Antrim, there will be the added incentive of looking for payback as it was in Carrick-on-Shannon 12 months ago that their dreams of a quick return to Division 3 suffered a blow from which they never recovered.

Leitrim’s victory 12 months ago, 1-11 to 1-6, was considered a major shock but the Ulster men endured a terrible year and lost manager Liam Bradley at the end of a turbulent period with new manager Frank Fitzsimons promising a new dawn for a team that rose to division two some years ago.

Antrim drew with Carlow in their first game before losing by a point against Longford and, no more than Leitrim, they will feel that there are no more than the lucky bounce of a ball away from having an unbeaten start to the League.

Manager Shane Ward, however, will be looking for consistency first and foremost next Sunday as there have been times when Leitrim have produced some wonderful attacking football allied with a defensive game strategy that makes it difficult for teams to make any headway.

But he will be desperately worried by the manner in which Leitrim faded from both the Longford and Wicklow games as Leitrim surrendered big leads in both games. Overcoming that failing would go a long way to securing the first win of the League.

While supporters may be quick to throw in the towel as regards promotion, the team and their manager still believe, very much so and a good performance next Sunday against Antrim would set them up nicely for a very busy and hectic month of March.

It will be very tough and Leitrim must show a good deal more consistency but you get the feeling that Leitrim should be good enoughf or the win.