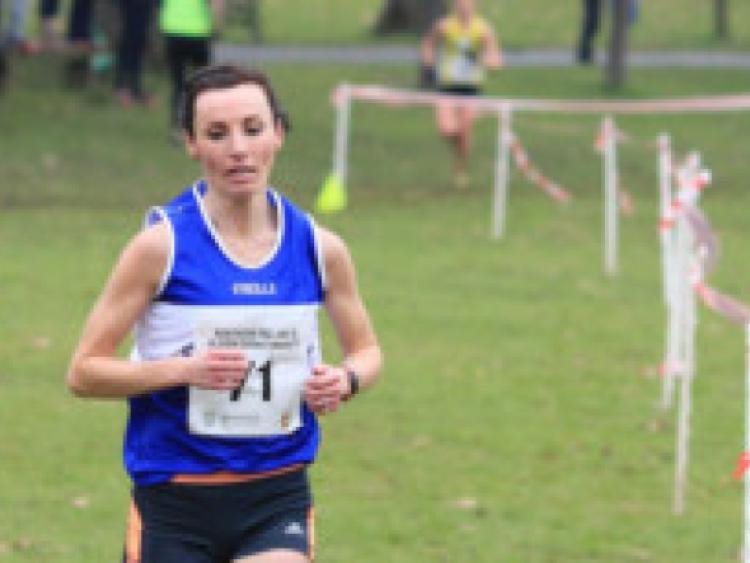 When you talk to someone who is absolutely passionate about something you can’t help but be infected by their enthusiasm. After a long day’s work on Monday that stretched too late into the evening I picked up the phone to call Breege Connolly, one of Leitrim’s finest distant runners. We didn’t talk shop. She had a story. I needed a column. We talked running. And one thing is for sure, Breege loves her running.

When you talk to someone who is absolutely passionate about something you can’t help but be infected by their enthusiasm. After a long day’s work on Monday that stretched too late into the evening I picked up the phone to call Breege Connolly, one of Leitrim’s finest distant runners. We didn’t talk shop. She had a story. I needed a column. We talked running. And one thing is for sure, Breege loves her running.

I wrote in this column last year about her achieving qualifying time for the Commonwealth Games. Ineligibility in the end ruled out the Kinlough woman – you need to hold a UK passport to compete in said antiquated Games. Breege, who runs with the North Belfast Harriers Club, had recorded a 2.39.27 in the 2014 London marathon breaking the Games qualification mark of 2.40.

We chewed the cud about her grá for the road and how, as an amateur athlete, she prefers not to chase any times or targets, but to do it for the sheer enjoyment of where it takes you, one foot falling after the other. It has taken her to the top of her game. But she wasn’t much interested in talking about herself. She wanted to shine a light on the phenomenal achievements of her fellow fleet-footed runner Teresa Doherty (nee McGloin).

Last week amounted to what Breege described as “the coming of age of Teresa as an athlete”, another Kinlough pace setter who plies her trade with the Finn Valley Club in Ballybofey. Teresa, who is daughter of Mattie and Mary McGloin of Gubercreeney, came first in the Ulster Senior cross country Championship in Lurgan on February 14.

And who crossed the line 20 seconds later with an equally big smile? That’s right, her Kinlough cousin Breege. If you grew up knocking about Kinlough and Bundoran with the cousins as I did that image wouldn’t have been a surprise. They were rarely, if ever, apart.

A few days later, on Thursday night, Teresa showed her pedigree once again in taking to the streets to win the Armagh International 3k road race. After a tactical first two kilometres,Teresa made her move with 1,000m to go. Showing a clean pair of heels to the remaining ladies she crossed the line in 9.22, a new personal best in a blistering pace of 5.01 per mile.

Teresa’s success hasn’t come overnight. She showed real talent whilst attending the Sacred Heart Secondary School in Ballyshannon where she and her cousin (and many others) benefitted from the kind and wise tutelage of athletics coach Pat McManus. It was, however, after a break of over a decade that Teresa got back into the sport following her return from Australia and a move to Letterkenny to further her career with the Health Board. She soon joined Finn Valley AC and under the tutelage of Mark Connolly Teresa‘s talent came to the fore and she began to work her way consistently up through the ranks claiming title after title.

Winning the Donegal XC for the last eight years Teresa is not only a force to be reckoned locally but also on the national scene. Highlights before last week’s triumphs include her victory in the Streets of Galway 10k in 2011 beating Maria McCambridge by a mere 1 second for a 27 minute flat victory.

Another highlight would have to include racing the talented Dungloe runner Ciaran Doherty down the aisle recently. Those west Donegal boys are as fiercely proud of their roots as any north Leitrim woman but I’ve no doubt the fisherman knows Donegal Catch isn’t always the finest.

Holding down a full time job and performing to this level is no mean feat for either cousin. Especially considering how late both came to competitive running. Breege for her part continues to excel too, recording a PB of 57.30 in the Trim 10k earlier this month; maturing as an athlete, as so many do, like a fine wine. It wasn’t always like that. When she too returned from Australia some years ago and was thinking about getting back into running she decided to tackle the Dublin marathon.

One wet and windy day at her Kinlough homestead she looked out the window and decided better of it, putting her runners away. “So you won’t run the marathon if it’s raining in Dublin,” her dad Sean asked casually. She got her runners out and hasn’t put them away since.

Both athletes are a credit to their sport and are two of the county’s finest examples of what hard work and determination – and no small allocation of quality genes – can achieve in any chosen field.