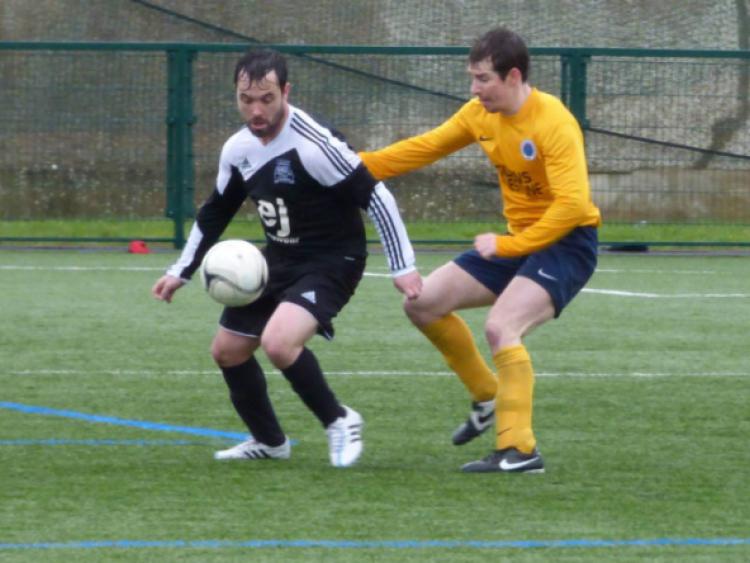 They may sit at the summit of the Sligo/Leitrim Best Western Super League but all associated with Manor Rangers will know last Sunday morning’s 4-1 defeat at the hands of City United has struck a serious blow to their title hopes.

They may sit at the summit of the Sligo/Leitrim Best Western Super League but all associated with Manor Rangers will know last Sunday morning’s 4-1 defeat at the hands of City United has struck a serious blow to their title hopes.

Upon reflection Manor Rangers will be bitterly frustrated at the manner in which they conceded such soft goals and while they never played near as well as they can, there could be no argument as City Utd were worthy of all three point. They simply didn’t let Manor Rangers impose themselves on the game.

A failed clearance, a weak pass, a speculative shot and a penalty were what led to City’s four goals but that doesn’t come close to truly telling the story of the game.

With Manor enjoying a 10 point lead over City Utd at the top of the table prior to kick off it was evident City would be viewing this as an important fixture as they began the task of reducing the deficit. The fact that City had six games less played meant Manor Rangers were very much within their view.

The importance of the fixture was evident in the early stages with both players committed to every tackle but as the first half progressed City began to take control. The work rate of the front duo of Keith Nibbs and Gareth Kelly set the tone for the rest of the team.

City dominated the midfield and put the Manor defence pressure under constant pressure and were rewarded with a breakthrough goal in 14th minute when Colm Jinks squared the ball to Gareth Kelly who scored from close range.

City created a series of chances but were unable to find a second goal until four minutes prior to the interval and it is a goal that was again preventable.

Anthony McDonald’s under hit pass was intercepted by Gareth Kelly and with just Ali Alniyadi to beat the clinical forward finished comfortably.

A two goal deficit seemed to signal the end of Manor’s interest in the game but on the stroke of half time they were handed a lifeline. Colin Ryan’s corner was met by Thomas McDonald’s head and appeared to be claimed by Ward but it was deemed the ball was over the line.

Manor started the second half with a renewed sense of urgency and were desperately unlucky not to equalise after the break when Seamus Ryder’s excellent shot appeared to be goalbound but it crashed back off the post.

That proved to be as good as it would get for Manor Rangers as seven minutes after the restart City United reestablished their two goal advantage when Neil McKenna’s speculative cross from a wide right position flew over Ali Alniyadi and into the top corner of the goal.

That goal seemed to knock the fight from Manor Rangers and the win was put beyond doubt when City were awarded a penalty with 10 minutes remaining after Thomas McDonald was adjudged to have fouled substitute Dylan Edwards and Gary Rooney effortlessly dispatched the resulting spot kick.

Manor Rangers now turn their attention to the Connacht Cup and next weekends trip to Galway where they will face Mervue United.