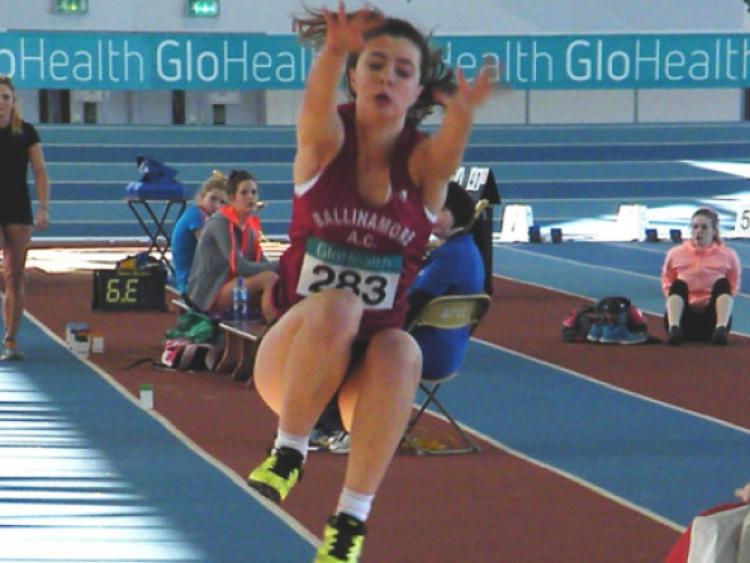 The GloHealth Senior Indoor Championships took place in AIT International Arena, Athlone on February 21/22. There were a number of Leitrim athletes from Carrick on Shannon AC competing at these Championships.

The GloHealth Senior Indoor Championships took place in AIT International Arena, Athlone on February 21/22. There were a number of Leitrim athletes from Carrick on Shannon AC competing at these Championships.

Gerard O’Donnell (Carrick on Shannon AC) lived up to his favourite billing to claim the 60m Hurdles national indoor title. Despite clipping the first couple of hurdles, O’Donnell powered to victory in a time of 8.32 seconds to claim his first ever National Senior Indoor hurdles title.

It has been a breakthrough season for O’Donnell having run 7.73 seconds at the IFAM meeting on February 7, which was inside the European qualification standard of 7.78 seconds and which will see him compete at the European Indoor championships in Prague on Friday, March 6..

Earlier on Sunday afternoon, Eanna also competed in the Men’s 400m, where he finished in 5th position in a time of 49.00 after setting a new outright personal best of 48.71 for the distance on Saturday.

Brian Finn (Carrick-on-Shannon AC) made his Senior Championship debut when he competed in the high jump and finished in eighth place with a jump of 1.70m and was very unlucky not to clear 1.75m.

Sibeal Reynolds made her senior debut in the Womens Long Jump. Her 4.92 was only a centimetre short of her PB. She is only 15 since last September.

• Well done to North Leitrim AC athlete Liam Feely who finished a fine second place in a time of 35:20 in last weekend’s Ard Na Speire 10km race on what was a tough course. A great performance by Sligo AC’s Richard Gorman taking first place in 33.40. Clive Glancy of Carrick-on-Shannon AC finished a close third in 36:13.